Festivals in Lebanon that You Must Check Out 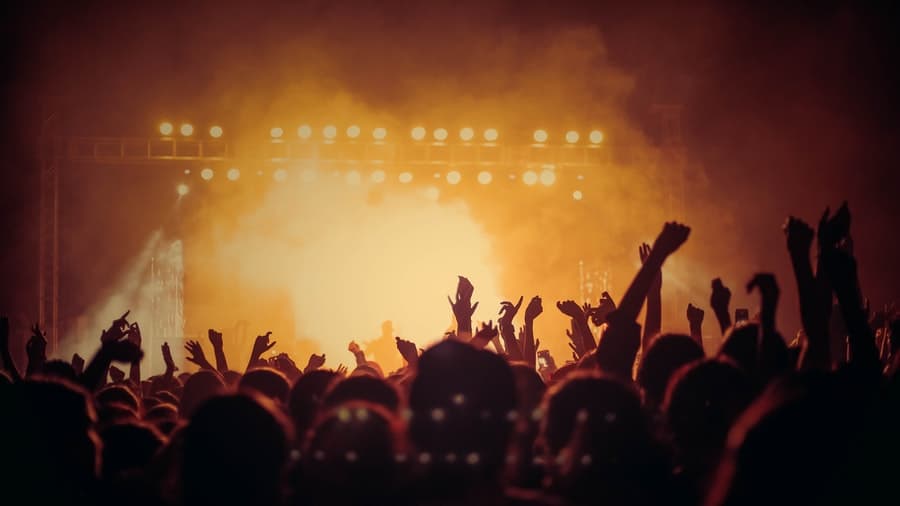 The Festivals in Lebanon will mostly take place in the summer season. So, Lebanon’s summer is all about festivals and also social events. Every year, between July and August, the country hosts numerous high-quality festivals premiering major Lebanese and foreign stars, and activities bringing a greater amount of energy and cheerfulness to the cities.

Lebanon has been continuously facing economic and political challenges. Yet year after year, season after season, it never stops to surprise with the vast number and variety of its year-round festivals and events, whether in Beirut or nationwide.

Festivals in Lebanon are as follows:

The Traditional Festivals Celebrated in Portugal

Lebanons Start the year’s festivities with Al Bustan International Music and Arts Festival. This Lebanese meeting, held annually in Beirut in February. It is a musical festival in Lebanon that takes over the month. You have  everything, including orchestral concerts, opera performances, and dance shows are also available for public entertainment over five weeks.

Cedar International Festival is held in Bcharre-North Lebanon district in the center of the Cedars of God’s land. It was founded in 1964, with long – inactive episodes during and after the war. On a location where you can see the magical cedar trees, the festival shows brilliant music and light, offering  special programs from June to July.

It will start with the world’s favorite Andrea Bocelli in participation with Lebanese talented singer Hiba Tawaji and continue with numerous excellent performances, ending in July with Smile Lebanon, a play that stars the country’s biggest names in comedy.

Another huge festival you must check out in July is the annual Jounieh International Festival; it is about a 15-minute ride from Beirut. Initiated in 2010 by a young team of local volunteers, it has evolved in popularity with impressive presentations. Held in Jounieh Bay, this year’s festival will last for 18 days from July, featuring many Lebanese and foreign artists such as foreign singer Kendji Girac and one of our favorite singers, Majida El Roumi.

Beirut Holidays is a collection of performances and shows founded in Beirut in 2012. Combining various great talents, Beirut Holidays will be conducted by the waterfront that begins in July.

Echoes of the Cedars – A Magical Festival in Lebanon

For the very first time in Lebanon, in July, the foreign pianist Raul Di Blasio will play under the shades of Barouk and Tannourine Cedars. This guarantees something magical!

For Hope-Fun Fun Festival – A Big Festival In Lebanon

The For Hope-Fun Festival is a big festival in Beirut, under the sponsorship of the Ministry of Social Affairs. The Beirut Platform will attract artists including Anthony Touma and others for three consecutive days, in July. It is a must-see destination for all the lovers of the fun fest.

Beirut International Beer Event – The Most Exciting Festival in Lebanon

Beirut International Beer event is Lebanon’s most exciting beer festival where you can explore all of Lebanon’s local and foreign beers.

The festival, to be held at Beirut Hippodrome in July for 3 days, is in its 3rd-year edition this summer. It’s not only a huge party for music and food fans but also challenge-seekers. To all the fellow people, visitors and tourists, enjoy the summer in Lebanon!

Another international music festival is held also in July at the stunning amphitheater in Zouk Mikael’s lovely area. Anything from classical and opera to blues and jazz will pass from the stage. Although the event isn’t as big as some other musical events in Lebanon, the atmosphere is electric, with most concerts beginning at sunset so the people can enjoy music under the stars and the moon.

Tyre and South Festival – Cultural and Historical Festival in Lebanon

In a representation of Southern Lebanese history, the Tyre and South Festival is held in July at and around Tyre’s remains. It includes dance events, poetry readings, musical performances, craft fairs, and seminars on the culture and history of the city.

Established in 1956, the Baalbeck International Festival is considered Lebanon and the Middle East’s oldest and most prestigious cultural gathering.  It will feature artists including the renowned singer Marcel Khalife in July, and also a tribute show to music icon Abdel Halim Hafiz in July. It begins every year in July and all through until August.

The Performances of the Event

The Baalbeck International Festival is the country’s best-known cultural festival in the Middle East and the eastern Mediterranean. Cultural events such as classical music, opera, jazz, contemporary world music, Lebanese evenings, rock and pop music, ballet and theater have regained their past location with over 40,000 annual spectators watching in Baalbek’s unique historic venue. It is performed in ancient Roman Acropolis, one of the largest and well-preserved Roman temples ever constructed, every July and August. Dramatic lighting and specific historical setting give the history of the varied presentations. Highlights included Deep Purple, Ella Fitzgerald, Nina Simone, Miles Davis, Sting, and The New York Philharmonic Orchestra.

Byblos International Festival – One of the Largest Festivals in Lebanon

This festival in Lebanon is the one you can’t miss, Byblos International Festival is the greatest festival held since 2003 in Byblos ‘first Phoenician city (Jbeil). Every year, the festival will feature a variety of 6 artists, including July’s French singer and actor Marc Lavoine and July’s Lebanese singer Melhem Zein.

Objective of the Festival

The Byblos International Festival is also supposed to be the first Phoenician settlement, founded around 5000 BC. The festival in Lebanon is one of largest festival and also drawing thousands of visitors from around the world. It takes place by the seaside in the historic quarter, in front of the 12th-century Crusaders Castle. The festival’s objectives are to improve tourism, encourage Lebanese culture, and spread Middle East music and art to the rest of the world. Past versions included B.B. Leader, Snow Patrol, Moby, Jamie Cullum, Gorillaz, and also Keane.

Beiteddine Arts Festival – One of the Important Festivals in Lebanon

Introduced during the civil war and in the mid-1980s, the Beiteddine Art Festival is one of the most important festivals in the Middle East and is held in the magnificent 19th-century palace of the historic Prince Bashir Chehab II.

Special Features of the Festival

Ehdeniyat International Festival – One of the Most Beautiful Festivals in Lebanon

Sidon International Festival – One of the Major Festivals in Lebanon

The Sidon International Festival is the major cultural and artistic festival held in South Lebanon’s Saida Waterfront in August. Five artists will charm the crowd with their extraordinary voices in a beautiful environment by the sea.

In addition to these popular major summer festivals, Lebanon hosts a variety of national concerts, events, and folk festivals, making Lebanon a must-season destination. You can also add this festival to your bucket list.

Eid al-Fitr – One of the Holy Festivals in Lebanon

It takes place around August and September but the exact date is decided by the lunar calendar. Also, Eid al-Fitr marks the end of Ramadan’s holy month and the end of Islamic fast. This public holiday includes food, gift exchanges and shopping for new clothes.

The Beirut Nights – One of the Famous Festivals in Lebanon

The Beirut Nights are the number of daily events in Beirut, Lebanon. It’s typically active in summer; however, some other festivals can occur in spring or fall. The city is renowned for its large crowd of attending activities from various nationalities.

The Beirut Nights experiences numerous concerts or events over the years, including classical music, dance, theater, opera, jazz, and present day world music.Observed in November 22, the Independence Day marks the date in 1943 when France won freedom after a 23-year of ruling period. Most people enjoy a day off work, and celebrate with military parades, and locals displaying the Lebanese flag outside their homes.

While the holiday is traditionally only celebrated in Canada and the U.S., some Lebanese have stepped on the Thanksgiving bandwagon.  Traditionally, a Thanksgiving table includes main courses such as mashed potatoes, cranberry sauce, and also sweet potatoes.

Lebanon is Middle East’s only nation where Christmas is an important holiday. Marketing and advertising also made Christmas more religious in Lebanon. For Lebanese Christians, Christmas is a chance to restore relations, and is also celebrated by Lebanese Muslims.

According to the Foreign Office, the city is entirely safe to visit . However, it advises against flying to many southern suburbs near the airport.  As the nation as a whole, the FCO warns of a “moderate” risk from petty or violent crime threat, and says visitors should take precautionary measures.

Lebanon is well known as a holiday destination for Persian Gulf people, many of whom wear traditional hijab. Many Lebanese prefer short skirts, high heels, and bikinis.

Lebanon is defined by a double social system, with an exceptionally wealthy society at the top, whose income levels in high-income countries are equivalent to their equals, and a poorer population as in many developing countries.