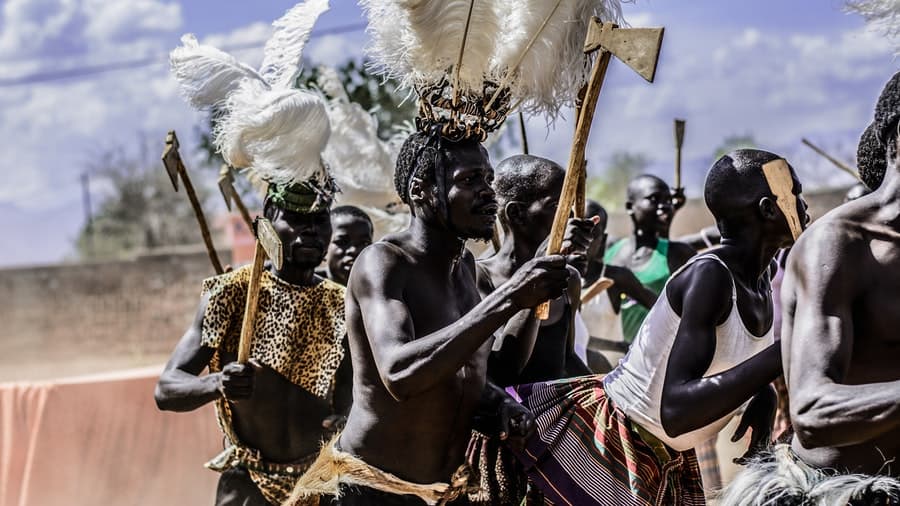 “Festivals of Nigeria”  are cultural, conventional and societal events. They focus on different culture, education, religion, and traditions.

The cultural festivals honor the ancestors and saints of the particular groups. Others rejoice for certain cultural and religious rituals as well.

Societies and cultures also hold many festivities with the same beliefs and traditions. The festivals take place exactly the same time each year. So, the timeline is usually constant.

Usually they occur according to natural happenings, such as the appearance of the moon and the first / last rain of the year.

Nigeria has different tribes and ethnic groups. Each of these tribes has celebrated their different festivals in a year, and for different reasons as well.

The Argungu fishing festival  is popular in state of North-West Kebbi  and it takes place in February. It is a fun festival.

So, it features fisher men and they take part in a competition to catch the biggest fish.

They use traditional nets to mark the fishing competition.

The different religious rites add color to this festival and make it stand out. 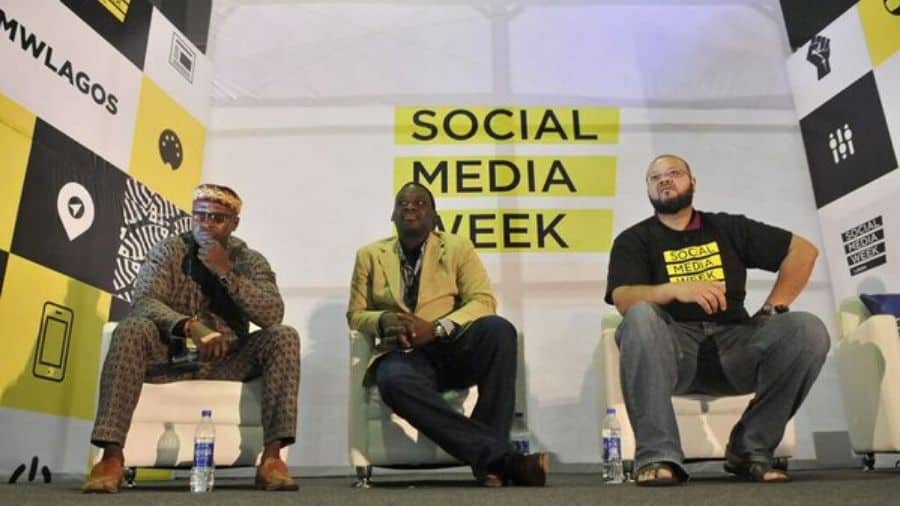 This is a week-long convention held in the city of Lagos. And it is definitely a must-attend for those in the digital marketing, media, and tech space.

The event features lectures and insights into current global business and tech trends. 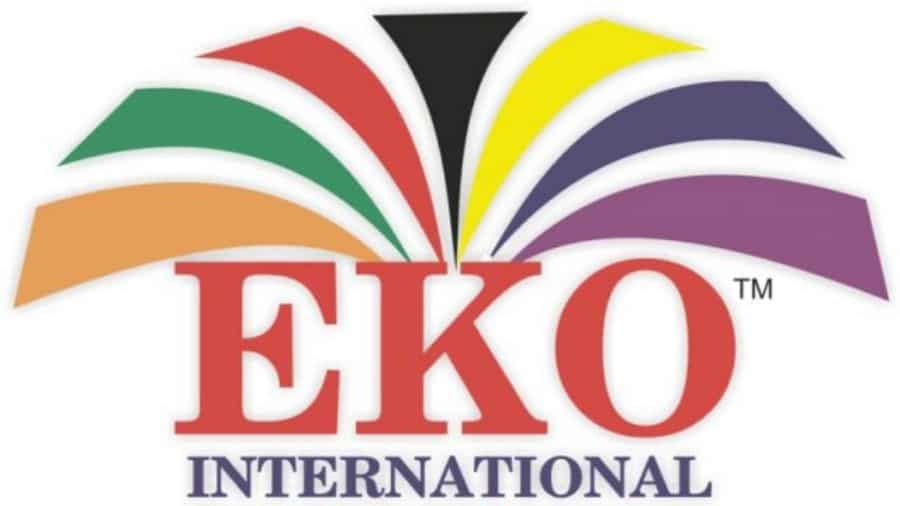 The Eko International Film Festival (EKIFF), is another major event in the city of Lagos. It features filmmakers and film personalities from Nigeria, Africa, Europe and America.

They all gather in the city of Lagos to promote the Nigerian film industry. 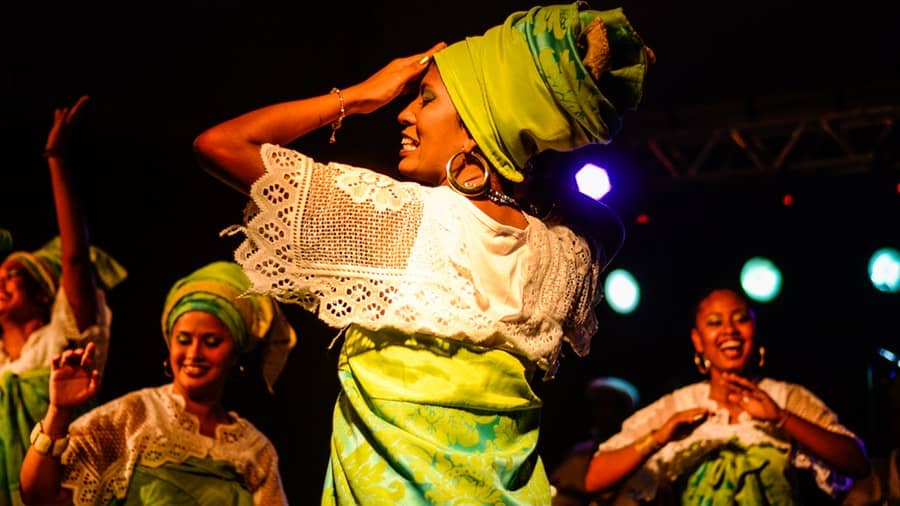 The Lagos Theater Festival is a week-long art festival. It takes place in the city of Lagos, featuring over 600 local and international artists.

They all come from Nigeria, Africa, the United Kingdom, and the United States. They perform in and around the city at different venues. 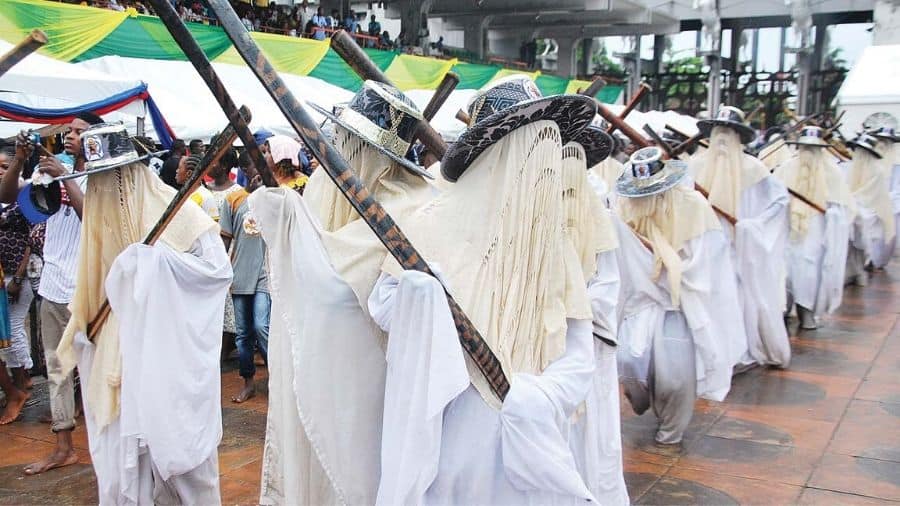 The Eyo festival, which is probably the most popular festival in Nigeria. People in Lagos, Nigeria or  Isale Eko celebrate it.

It takes place in May and features a colorful traditional masquerade display, Besides, various local dance arts manifestations.

The masquerades  emerge from the Oba’s Iga-or palace-or any of its chiefs of the cabinet.

The festival showcases the Yoruba community’s culture and tradition that renders a major tourist attraction in the Lagos region. When you’re around  in the city, do stay for the Eyo festival for a while. Sure it will be a thrill. 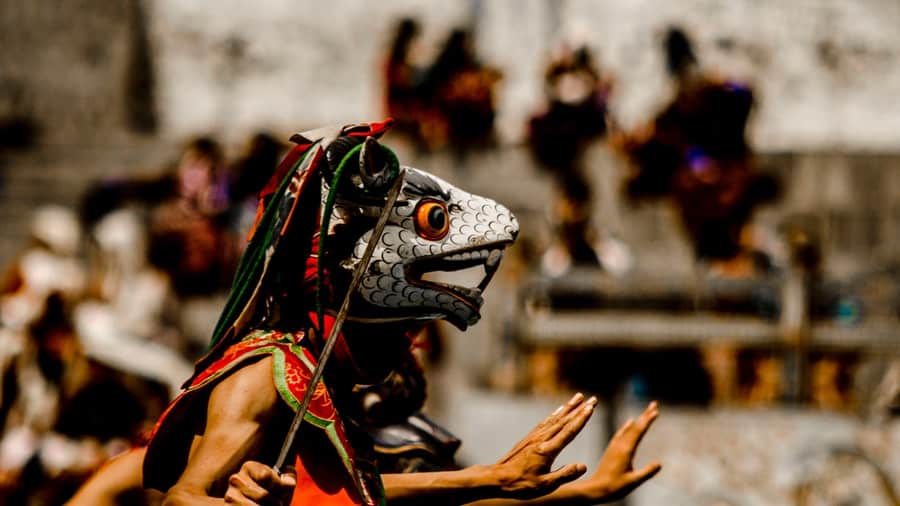 One of the most popular and highly anticipated festivals/carnivals in Nigeria. The Lagos carnival takes place during the black heritage festival and it  is a celebration of the rich cultural heritage of different cultures from Nigeria.

The Lagos Carnival, which is over a hundred years old, usually held on Lagos Island. The slave returnees who came from Brazil, Cuba, Liberia, and Sierra Leone began to celebrate it. 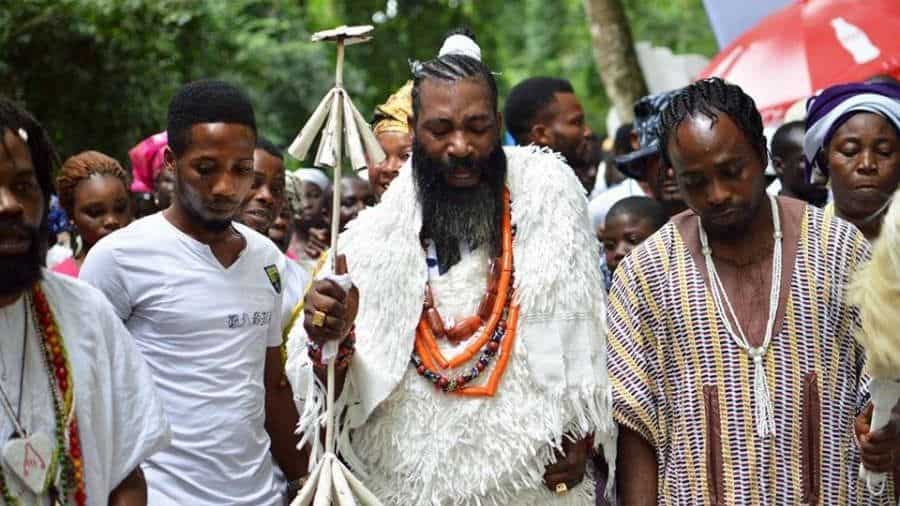 Celebrated in Osun City, Nigeria, in the month of August. The Osun-Osogbo festival is a two-week-long event and it celebrates the Osun people’s rich cultural patrimony.

At the holy Osun Groove, the celebration is observed in memory of a dietitian, as it is held in recognition of the goddess of the Osun River.

Besides the sacrifices and traditional rituals that have been conducted at this prestigious gathering, the rich cultural displays offered to render this festival-worthy. 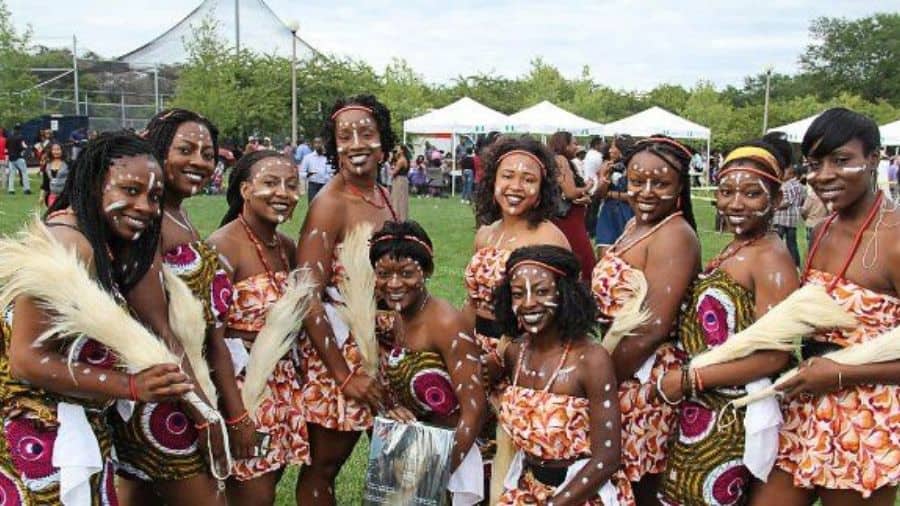 People from Southern and Eastern parts of Nigeria, as well as the Idoma celebrate it. The festival is a festival of unification because it brings together the different tribes that celebrate it, especially the Igbo.

The festival takes place in August. It includes some ceremonies to praise the numerous deities of the different tribes. It is for a good year of farming and to set start another year of farming.

The festival has masquerade shows, traditional dances, and assorted delicacies. 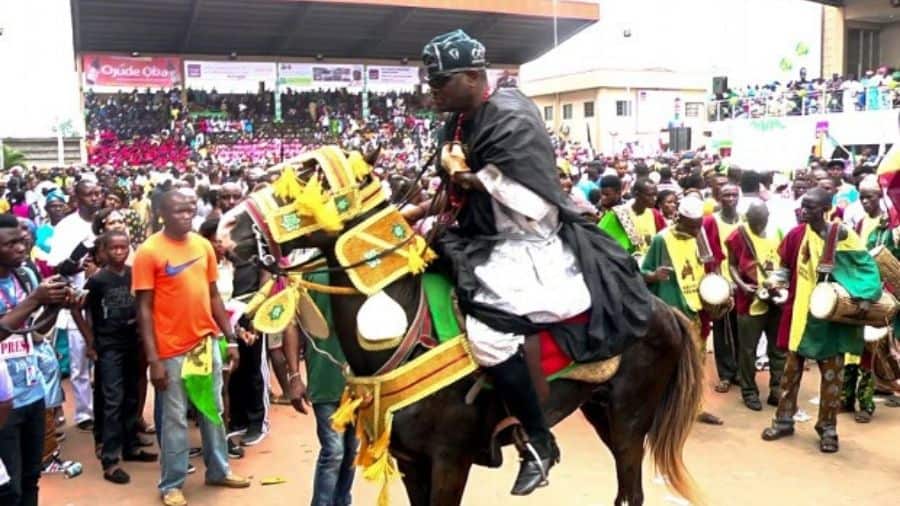 In 1982, IJebu land’s Oba Adesumbo Tunwase sighed a treaty of relationship with the British Queen. As a result, they allowed British missionaries to preach Christianity in Ijebu.

And they gave out the land for the construction of the region’s first church–St. Saviors, Italupe–and even allowing some of its children to be converted and baptized.

He would also be giving land for the Muslims to build their Central Mosque. This then gave birth to the Ojude Oba–meaning “Festival in the King’s Court” in Yoruba.

The festival is an opportunity to pay homage to the traditional ruler for his benevolence towards the people. It falls on the third day of the Ileya Festival (Eid-el-Kabir). The festival features various traditional displays, parades, dances, and songs. 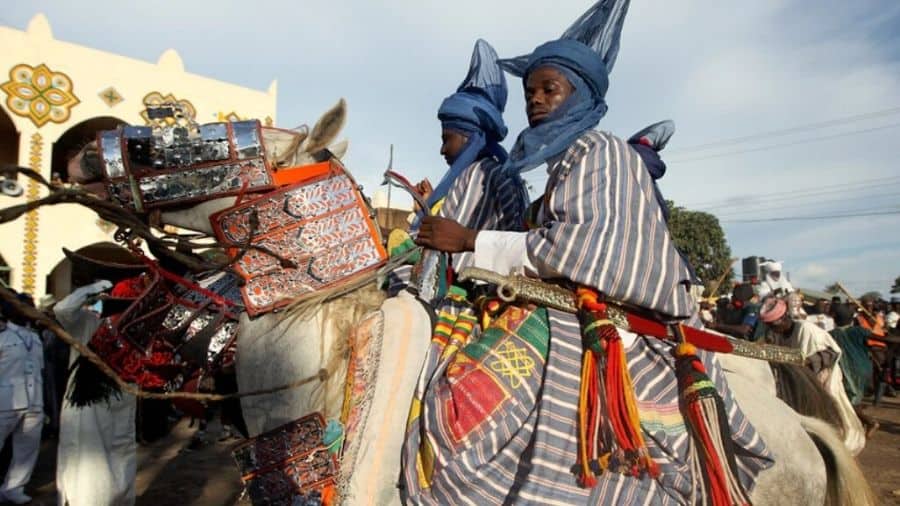 It showcases a royal parade of thousands of men festooned with different colorful horse-riding attires. Usually celebrated at the end of the celebrations of Eid al-Fitr and Eid al-Adha.

The festival begins with prayers and then a colorful musical parade of the Emir and his horses follows.

The parade ends at the Palace of the Emirs, and then the festival continues with different competitions and colorful displays. 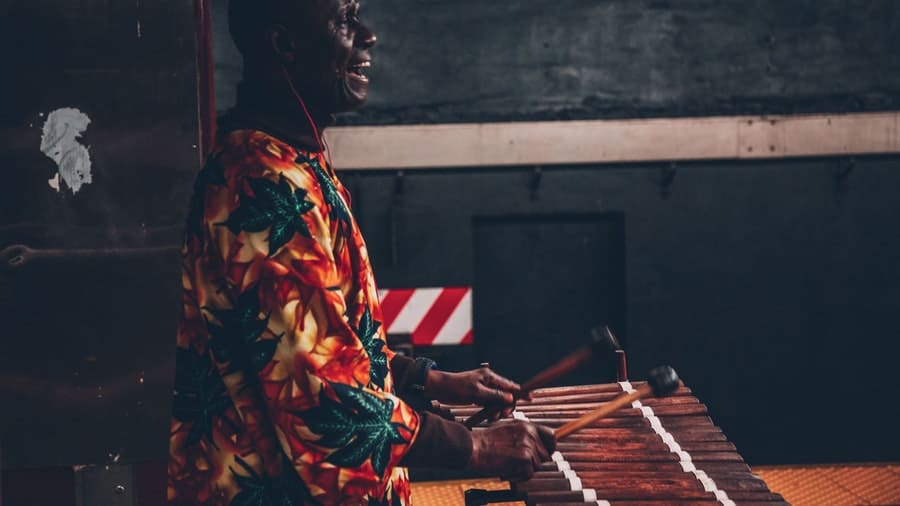 The Sango festival in western Nigeria is a popular festival among the Yoruba people. Celebrated to honor the god of Yoruba, Sango, the festival is held annually and the people of Yoruba from all over Nigeria are seen returning to respect the deity. It features various colorful cultural displays that showcase the Yoruba people’s rich heritage. 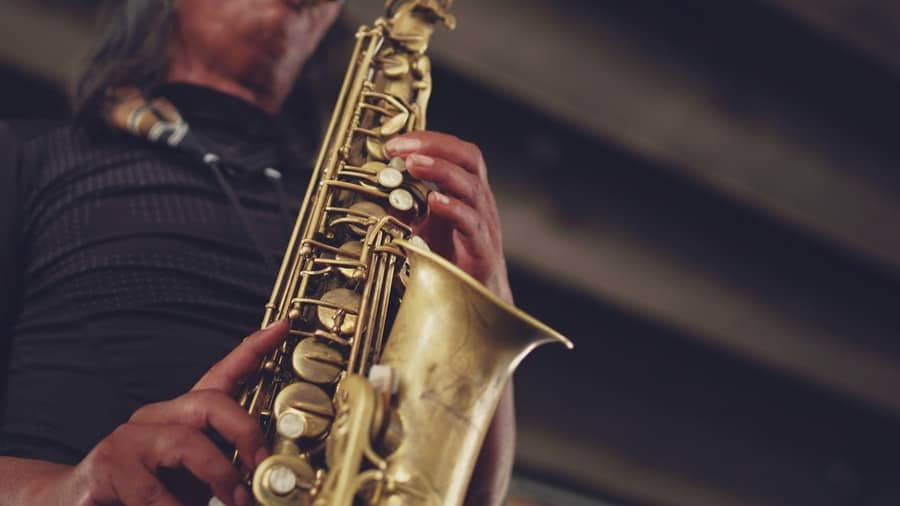 The Lagos International Jazz Festival is an event celebrating the aesthetic value of Jazz music as an art form.

It features various local and international jazz performances as well as workshops, lectures, concerts, and exhibitions on jazz. 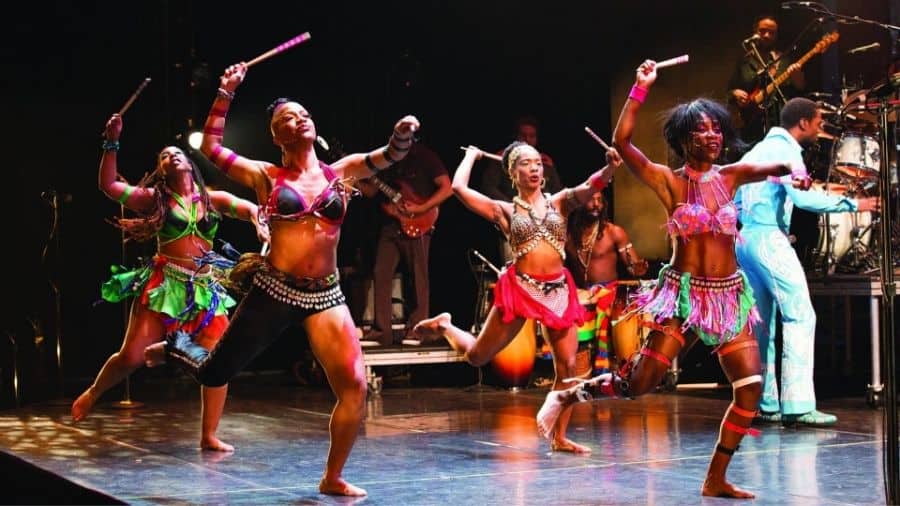 Felabration features a dazzling display of African and Nigerian music. It is a genre pioneered by Fela ,especially Afrobeat.

With more than 30 000 people attending the New Afrika Shrine gathering, Felabration is certainly one of Nigeria’s biggest festivals. 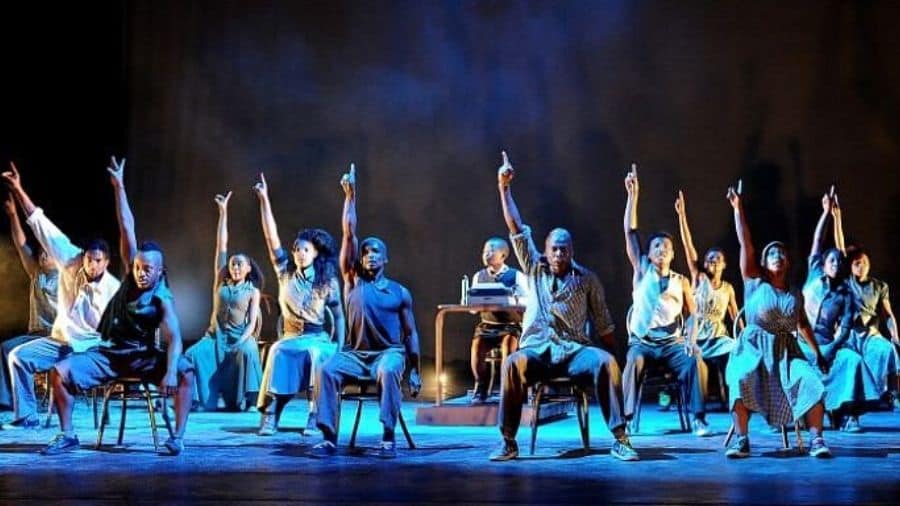 The festival showcases and encourages Nigerian art, and for cultivating harmony and national development through it.

The National Arts Festival is an event featuring art exhibits from across the world.

Many vivid shows of this festival are music, dance, theater, artwork, sculpting, and paintings. 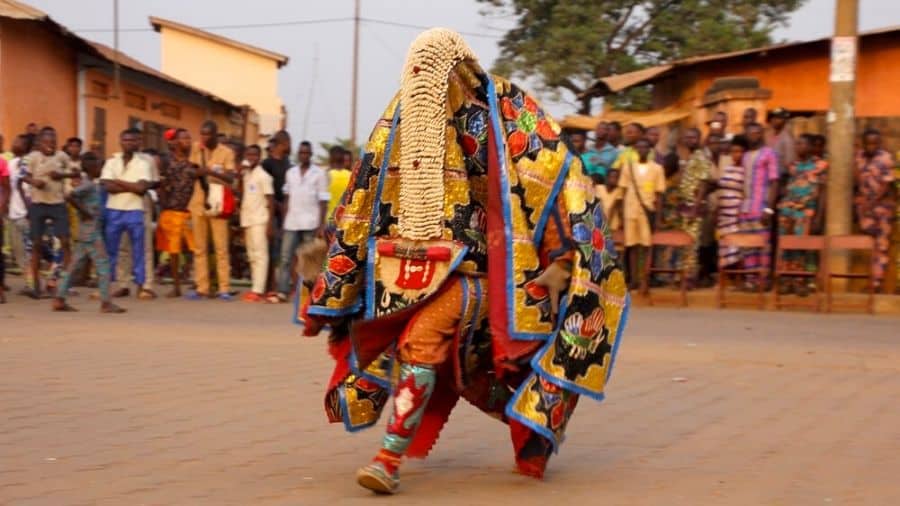 Image Source
The Egungun Festival is celebrated to mark the death of important personalities in the Yoruba Kingdom.

The festival is part of the traditional Yoruba religion and is celebrated by the Egbas, Egbados, Oyo’s people, and other tribes in the Southwest of Nigeria.

It is believed that the masquerades are possessed by the ancestors ‘ spirit and perform various rites of cleansing across the community.

The festival takes place between November and April, when there is no rain.With the general belief is that the ancestors ‘ spirit should not suffer in the rain.

The Abuja Carnival – The Most Popular Festival of Nigeria 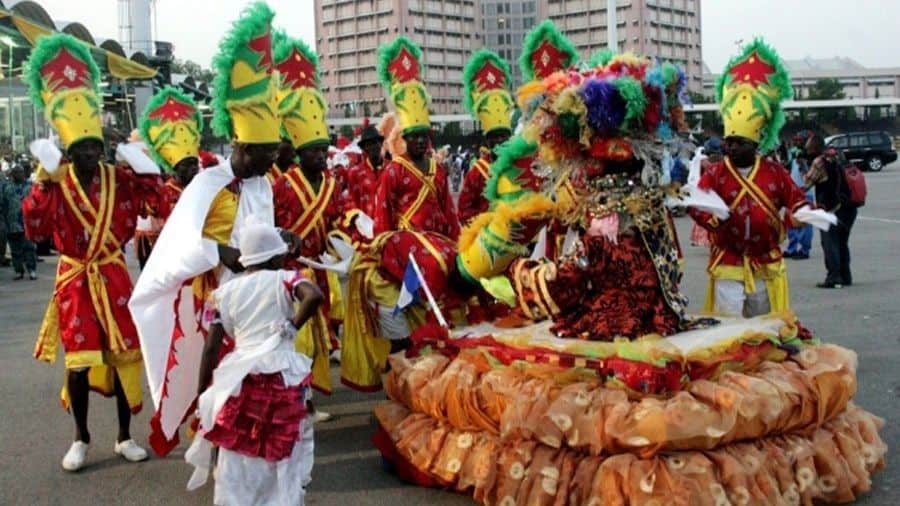 With over 2 million people attending, the Abuja Carnival is definitely one of  the  most popular events of the year.

Held by the Carnival Roadshow Company towards the end of November, the Abuja carnival features various art and cultural displays including magic shows, music, and dance. 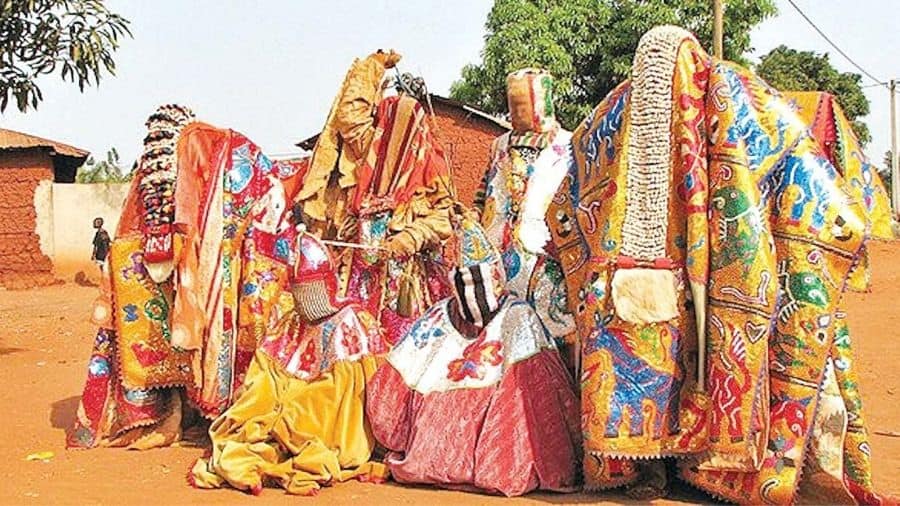 The masquerades depict ancestors or gods of a village, and as such it may only be worn by selected members of a community.

It is believed that those who wear the masks are owned by the spirits of their respective ancestors.

The Calabar Carnival – The Most Important Festival of Nigeria 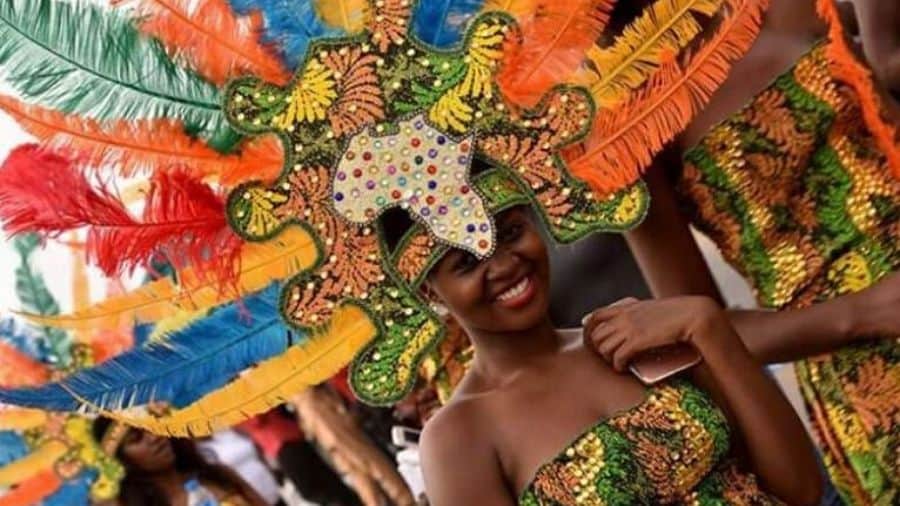 It is the largest street party in Africa and the most awaited festival in Nigeria. The festival reveals why the state of Cross River is considered one of the country’s major tourism hubs.

The carnival is a state-wide festival usually held in early December. The festival shows off rich culture and religion of the Calabar and Nigerian people.

The  masquerade, cultural dances, customs, and delicacies make this Nigerian carnival remarkable one. 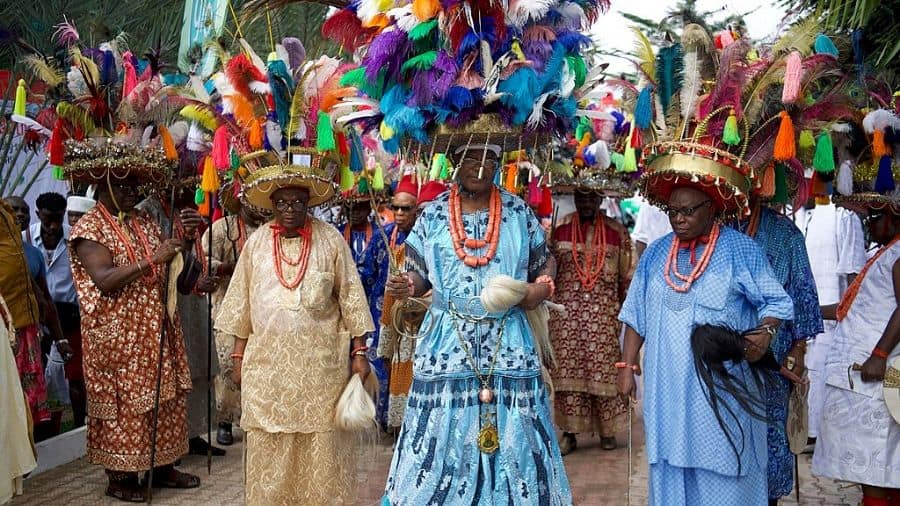 The festival takes place to mark the end of the Igbo calendar’s thirteenth month and the beginning of a new Igbo year (Igu Aro).

It also honors the authority and wisdom of the traditional ruler in the land to rule and guide the people. The Ofala festival is one of the oldest Igbo people festivals.

It shows the ruler’s bestowal of chieftaincy titles on deserving individuals. It’s usually held at the end of each year. 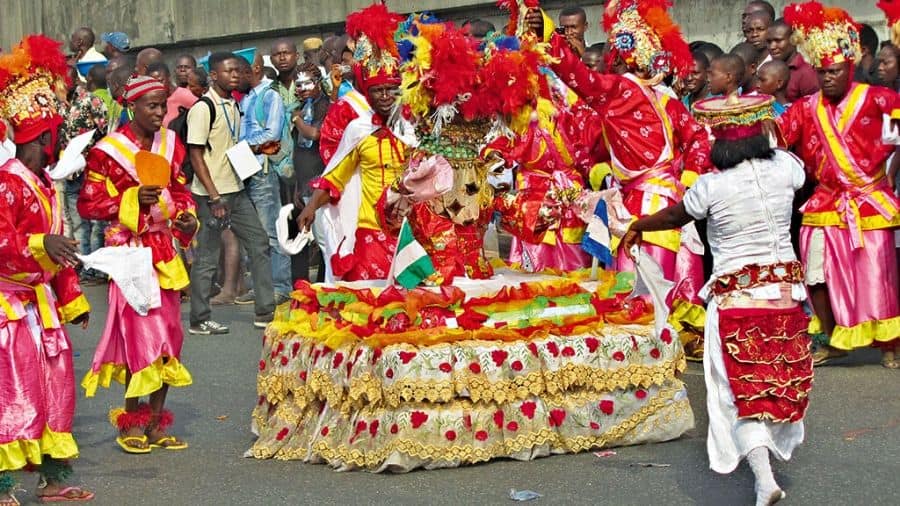 And includes an aquatic festival, a beauty pageant, heritage displays, a praise jam, and a number of street parties. It also features performances from a number of local and international events.

The event is a purely cultural carnival and a contemporary Caribbean style. It is a celebration that lasts seven days and takes place before Christmas.

You should not miss this colorful and exciting festival in Port-Harcourt .

1.What is the traditional festival in Nigeria?

Often recognized as “Isale Eko,” the indigenous celebrate ‘ Eyo, ‘ a spiritual and religious masquerade display . It is, therefore, one of Nigeria’s most popular cultural festivals today.

2.What is the name of Hausa festival?

The majority of the Hausa group is Muslims. They hold two important religious festivals. One is Eid Al Kabir and the other one is Eid Al Fitri.The Durbar festival  is the culmination of the two main Muslim celebrations.

3.What is Nigeria known for?

Nigeria  produces and sells petroleum because it is a major source of the nation’s economy. It is also responsible for about 95 percent of foreign exchange products and 70 percent of government revenue. This Country remains Africa’s largest oil producer and the world’s twelfth largest producer.

4.What music is popular in Nigeria?

Afrobeat is a form more closely associated with Nigeria. Practitioners and enthusiasts are present in West Africa. Afro beat records are a prominent part of the developed world music genre. It is music with highlife components, and other western African music forms.

5.What is Nigerian culture?