The Most Popular Festivals in Iceland that You Should not Miss 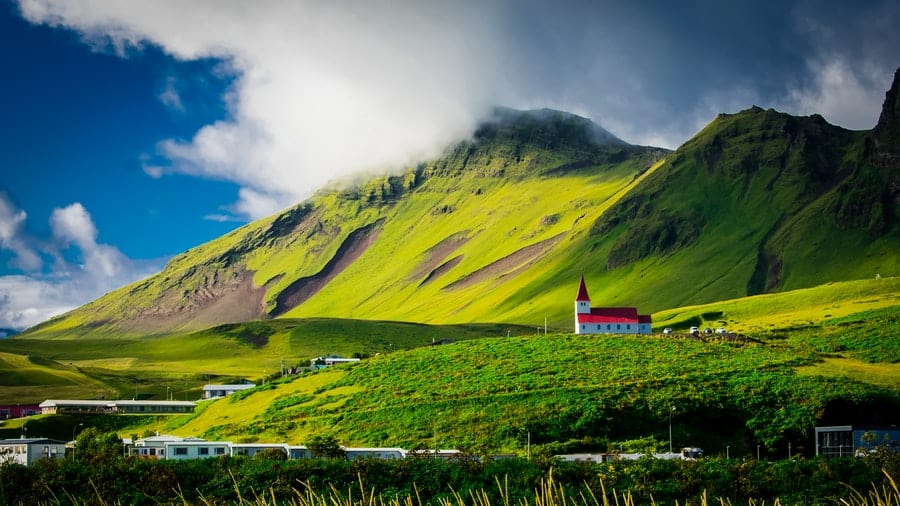 The most popular festivals in Iceland will brighten your winter days and they are the vast display of the country’s culture and heritage. Iceland is a highly admired for its eye-catching elegance. Many people know about its strange and stunning features such as geysers, hot springs, volcanoes and beautiful parks that make the country a popular destination for tourists. If that’s not enough to make you want to visit the country, then the year-round lively festivals in Iceland will certainly make you board the flight to Iceland. Explore the beautiful culture and traditions which have made this island a paradise.

The Dark Music Days festival is like lighting up a matchstick in the dark because it takes place during Icelandic winter’s dark days. One of the best festivals in Iceland, which has existed since 1980, brings locals and tourists together. People with a strong love for music come here to enjoy contemporary music. Both local and international musicians come here to show their talents. When darkness covers Iceland during winter, this festival brightens the country once more.

The Most Popular Festivals in Malta

Winter is typically a magical season that carries with it some enthusiasm and a decent amount of darkness. When the cold season comes to an end, many people unite to mark the end of long hours of darkness and to receive the sunshine. Usually, there are three phases of the Winter Lights Festival in Iceland: Museum Night, Pool Night, and Winter Lights Walking Path. Museum Night attracts more crowds due to entertainment such as live music, dance, and theatre, etc. Pool Night is all about swimming and experiencing thrills.  The last event will see people touring the city, enjoying the beauty of the lit-up buildings.

This is one of the biggest annual festivals in Iceland meant to boost fashion and design. Icelanders and visitors meet at the Iceland Design Center during the month of March to enjoy a range of fresh, stylish, exciting, and out of the box fashion concepts. Besides showcasing the best local talents, the event also features talks for talented designers as well as a day of lectures by local and world-renowned specialists. The exhibitions include food design, furniture design, art, and fashion. While this festival doesn’t include many parties like other events, it’s a magical gathering of passion.

Sonar Reykjavik is a romantic music festival, which ignores time and distance to bring the music together. It takes place at different venues across the country. The key attractions of this Festival in Iceland include live concerts by various musicians, both local and international, and conferences on music and culture. This festival’s primary emphasis is on educating the creators and innovators beyond the publicity. It’s usually cold in March, but this festival creates a warm atmosphere.

Reykjavík Folk Festival is also one of the best music festivals in Iceland and is a three-day music musical show celebrating the folk music scene. The event brings together people, locals, and tourists for a unique jam session. During the event, there are numerous events focused around traditional folk music such as dances, live performances, and lectures. The Festival also involves dining where visitors can taste the local dishes.

It is one of the finest music festivals in Iceland is for blues musicians and hardcore fans of blues music. Above all, the event is meant to promote the entry of fresh talents and also to entertain people. It attracts the finest jazz musicians from Europe, North America, and also local talents to show off music skills. Besides the exciting performances, there is a range of delicious local dishes. In fact, there’s a forum for rising talents to succeed at this festival.

As the winter season comes to an end, Icelanders are still inviting fashion and beauty into the much-awaited summer. Summer also arrives after long, dark freezing days of fun and plenty of food. This movement starts with the First Day of Summer Festival in Iceland, which is held annually. People come out to the streets in huge numbers across the world to mark the end of cold days. The event has live performances, DJ music, and a lot of dance. People get together to the party since they drink and dine at various venues.

It’s during the Saga Festival in Iceland, the country has many visitors. The festival seeks to encourage imagination, sustainability, and openness, so, people from every corner of the world flood to Iceland in the month of May. This festival nurtures the environment through true love and spread the positivity of culture, media, workshops, and storytelling also. Residents gather around bonfires during the festive nights to eat tasty local food and listen to interesting stories. The fans are pleased with lively concerts by both local and visiting artists. The audience at the theater is entertained by artists with different plays.

Secret Solstice Festival in Iceland has been an annual event since its inception in 2014, taking place on the day when summer solstice occurs. It’s an experience normally excitedly awaited by both the locals and also travelers. Iceland can be cold for most of the year, as you know, and that is why people are always looking forward to enjoying 96 hours of sunlight and fun. In the capital, people assemble to enjoy live concerts by a number of musicians. It also gives you the opportunity to explore local culture and cuisine and to make friends with local people.

It is a traditional festival in Iceland that is held in Hafnarfjorour every year, just a few miles from Reykjavík. This is the oldest and largest festival that Iceland has ever seen, having begun in 1995. This event, which begins in June, makes Hafnarfjorour the center of attention for fantastic weeks. Musicians, storytellers, artisans, and blacksmiths come to attract visitors from all over the country. The festival in Iceland comes to a conclusion where Vikings demonstrate marksmanship techniques.

The Drangey Music Festival in Iceland is a fantastic one held after the summer solstice. The island features a number of events, some with a strong status and other smaller ones, but none is as beautiful as this. The Festival in Iceland is literally held at the foot of Tindastóll Mountain.  You’ll love the beautiful Drangey Island views covered by the Atlantic stunning blue waters. Visitors enjoy swimming in the natural pool. Musicians and other artists take efforts to make sure the crowd is delighted.

The Reykjavík Fringe Festival in Iceland is a fusion event that reaches above all standards to create a matchless festive atmosphere. It offers the most exciting and out-of-the-box acts in the fringe land. This is a very unique day, which pleasantly includes all types of entertainment. Dance, song, poetry, and theatre are the best parts of the festival. Educational films and stand-up comedies are some of the items which make this gathering even livelier and this makes people come from all over the world for this Festival in Iceland.

Each year the Siglufjörður Folk Festival in Iceland takes place in the traditional village of Siglufjörður. Though held in Iceland, it draws its inspiration from the folk music of Iceland and Scandinavia. It’s a four-day event that brings folk dancers and musicians from around the world to come and have fun and inspire people with folk music as well. The event organizes folk music and traditional handicraft workshops. Various lectures are given on a variety of topics related to the local beliefs of the genre and foreign ideas. Besides these, guests can also enjoy a relaxed atmosphere and admire the amazing scenery.

Reykjavik Pride has celebrated its 20th anniversary this August after it began in Iceland. As things have changed from a more conventional, reserved way to a modern and interactive way, patterns have also changed in understanding of various cultures and customs. Today, people will speak freely about being gay without fear of discrimination and shame. Efforts made by such campaigns like Reykjavik Pride made this possible. This is an LGBTQ parade generally aimed at the awakening of the world and the promotion of pride and bravery. It is also packed with concerts and performances.

Fiskidagurinn Mikli is a four-day special occasion celebrating and appreciating the local fisheries industry. Dalvik is a wild seafood paradise as visitors and locals gather to taste various mouthwatering seafood. There is plenty of food and drink to go with your meals. This festival in Iceland features exciting music performances, fish shows, art shows, and also street theatres.

This festival was established in 2004 and is one of the popular and also the most colorful cultural festivals in Iceland. The Reykjavik International Film Festival in Iceland is an 11-day festival that aims to bring the local film industry on the international level. Iceland starts recognizing artists’ original works and also features such things as panel discussions, lectures, and debates. It also adds documentaries as a part of the ceremony. More notably, there are always awards for directors who have produced exceptional films.

Rettir is organized to appreciate the rich agriculture and farmers. During September, people come to witness the festival and also to see wonderful breeds of sheep. The locals and their family members skillfully classify the sheep to separate herds. You can even see the small kids riding on the sheep. Later, farmers and tourists assemble over a cup of coffee.

During September, the Reykjavik Jazz Festival in Iceland gathers together the best foreign jazz musicians to introduce them to the music scene. It contains live concerts covering genres such as contemporary music, Latin, and gospel. The bands present lively and energetic performances all night. Additionally, special programs are available for children and others who are interested in jazz.

If you are addicted to music and also searching for a beautiful holiday spot then you can visit Iceland. It is one of the famous music Festivals in Iceland is really lighting up your mood. The festival takes place every year over four days and has local and foreign artists arriving to entertain the crowd. The main idea of this festival in Iceland is to enable upcoming as well as mainstream musicians to display their new music. It gives artists the chance to present their wonderful creations. This festival also offers you the possibility of exploring music in fascinating ways.

Iceland Noir is an annual festival in Iceland that answers your questions about crime fiction. This is always a treat for those who are up for the adventure. This aimed at promoting and encouraging the involvement of local authors in mystery fiction. Moreover, it draws foreign, bestselling writers to come in and offer inspiring talks and also ideas about how best to handle crime fiction.

The major Christmas days in Iceland are the 23rd, 24th, 25th and 26th of December. However the first of Advent will take place in late November, and also people will open their Christmas calendars on the 1st of December and Santa clauses start visiting the town on the 11th of December.

Icelandic children will enjoy the favors on not one but thirteen Santas. In Iceland, they are called the Yule Lads; these happy but mischievous fellows take turns visiting kids all the 13 nights up to Christmas.

Above all, 80% of Icelanders are the members of the Lutheran State Church. 5% of people are registered in other Christian churches, including the Free Church of Iceland and the Roman Catholic Church. Almost 5% of people practice the traditional Norse religion called ásatrú.