Festivals in Morocco play an important part in Moroccan society. Morocco is a thrilling and enjoyable nation that has more festivals. Visiting Morocco during the festival season will offer you a chance to explore the country.

Moreover ,the festivals in Morocco let you have more surprises. Culture and history ensure that Moroccans celebrate something always. There are Berber tribal traditions, electronic music festivals, and also art shows. So as you prepare your trip, be sure to check out the festivals you don’t want to miss!

Top 20 festivals in Morocco are as follows:

Proclamation of Independence – Exists as an Important Symbol 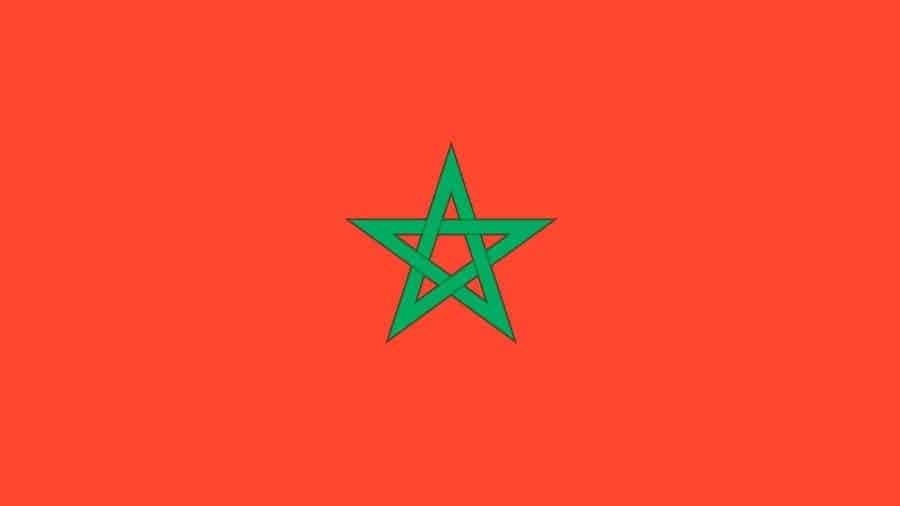 Morocco also celebrates its declaration of independence from French colonial control about this date, on January 11. The nation submitted a manifesto to the French on 11 January 1944, demanding complete freedom.

While this declaration was rejected and until 1957 Morocco achieved full independence, the Proclamation of Independence remained an important sign of Morocco’s nationalist struggle. It’s a national holiday in Morocco, with street decorations and public festivities. People also consider it a festival in Morocco.

Yennayer, the Amazigh New Year – The most unique Festival in Morocco 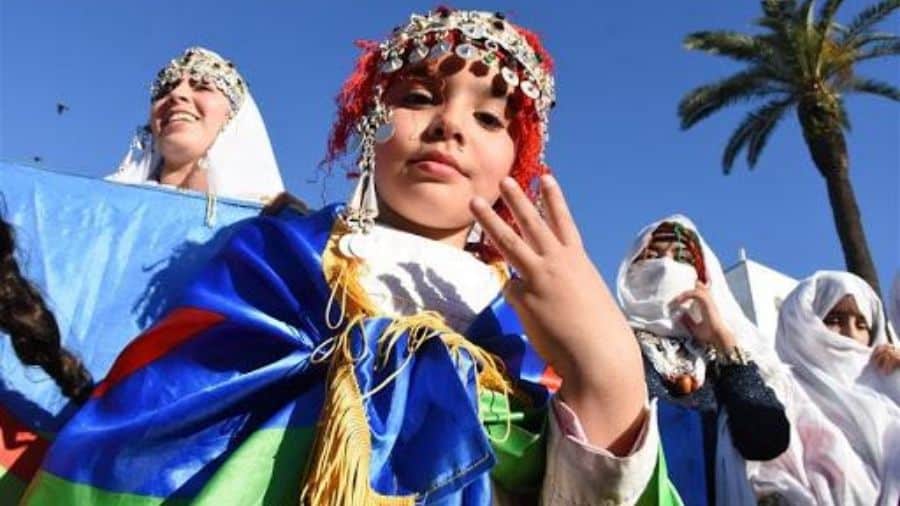 The New Year’s celebration, however, arrives a few weeks later in January. The traditional Berber culture also celebrates Yennayer,which marks the beginning of the year.

The most common Moroccan festivities take place in the middle atlas. You can enjoy Berber tribes songs, dance, and couscous. They celebrate the festival in the hopes of a successful farming year.

The festival’s increasing success however soon demanded the event to move from Tafraoute to Valle Dei Tempi, where it presently takes place. The event has developed from a traditional harvest festival to a local folklore celebration featuring traditional Berber music, dance and also theatre.

Among the ancient Roman ruins of the valley,  market stalls line the streets and stage performances compete with the blossoming almond trees for your attention. 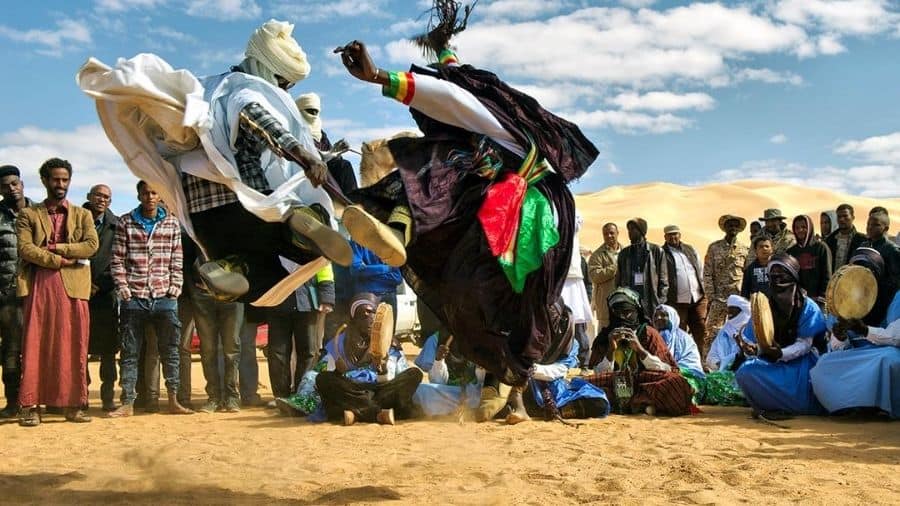 The International Festival of Nomads is a free open-air event that celebrates all forms of nomadic culture. It attracts local, regional and foreign artists. The artists are present to showcase their poetry, music, dance, storytelling and artistry.

Seminars and workshops will be organized. The seminars discuss topics related to the nomadic lifestyle, and agriculture. Other topics include environmental preservation, education and more.

You can taste traditional dishes and can practice traditional sports as well.  The event , however,happens in a nomadic camp set up.

When you plan to take part in the Festival, you make sure to arrange transports in advance.

International Festival of World Music – An Intimate Festival in Morocco 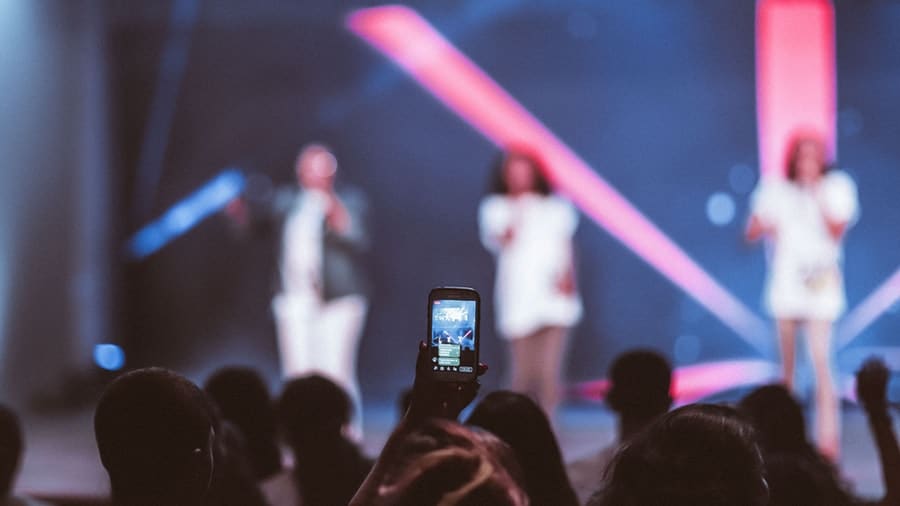 World Music International Festival is an informal Moroccan festival, with around 20,000 attendees. The activities are performed in an oasis, popular for the sunsets and sand spas.

Enjoy Moroccan and international music. Then go for a camel ride across the dunes or attend a seminar on biodiversity. The environment itself is a consistent theme of this unique festival of Morocco. 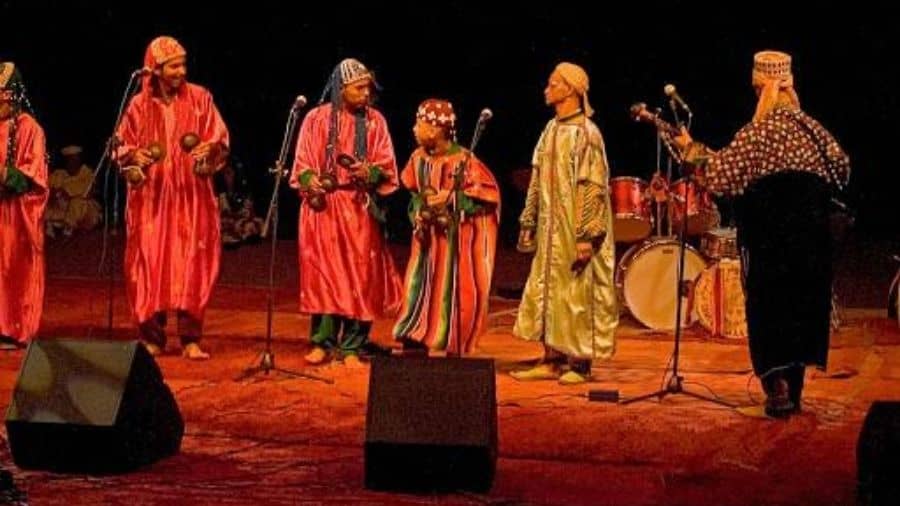 The country still has a lot to give you and you can enjoy more things in Morocco during the Sufi Music & Cultural Festival. The festival takes place every year in Fez.

And also it brings together Sufi religious leaders as well as artists from around the world. It exhibits their poems, animations, music, dance, and artworks on Sufi spirituality and culture.

The Festival of Roses – The prettiest Festival in Morocco 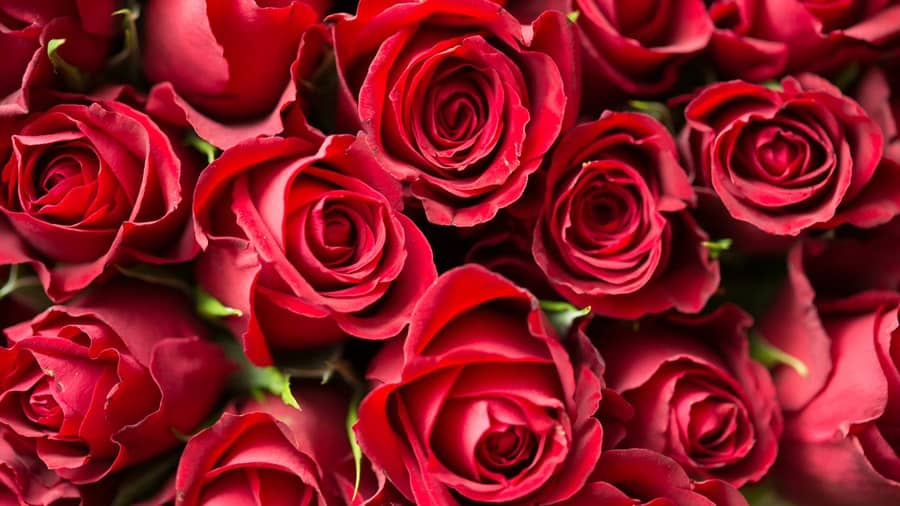 The Festival of Roses is one of Morocco’s prettiest events and also honors the rose harvest of the season. The place is located in the Valley of roses or the Dades Valley, El Kelaa M’Gouna. It is here that Morocco’s rose water is made, a staple of Middle East cooking.

You can find the sweetest roses at the Moroccan Festival of Roses! About a month before, the dates of the festival will be declared. Festivities will begin on a Friday and go on through the weekend.

To mark the festival, there are delicious food stalls, and even a parade of floats.

Mawazine Festival – One of the biggest music festivals in Morocco. 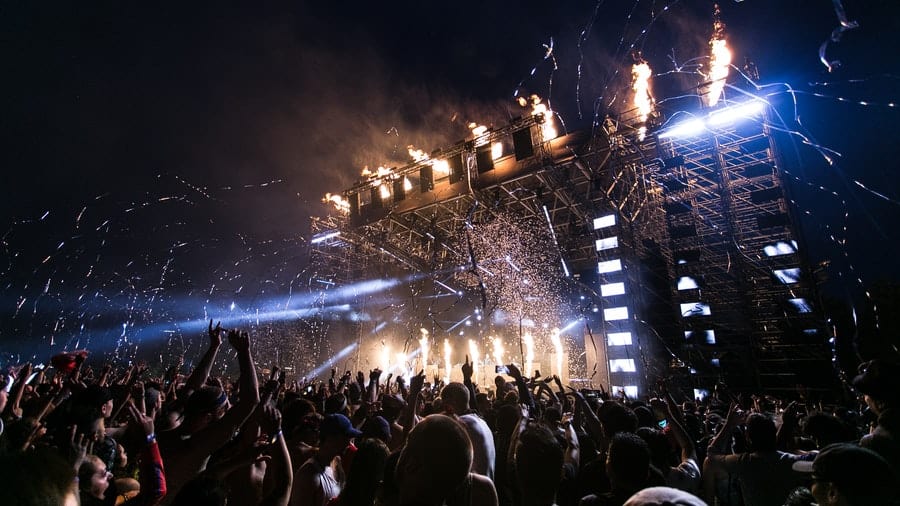 The huge Mawazine Festival attracts more stars such as Jennifer Lopez, Shakira, Usher and more. Besides, there are some noteworthy names from African and Arab music still on the list. Every year, 2.5 million spectators take part in the festival of Morocco.

Gnaoua World Music Festival – One of the great festivals in Morocco 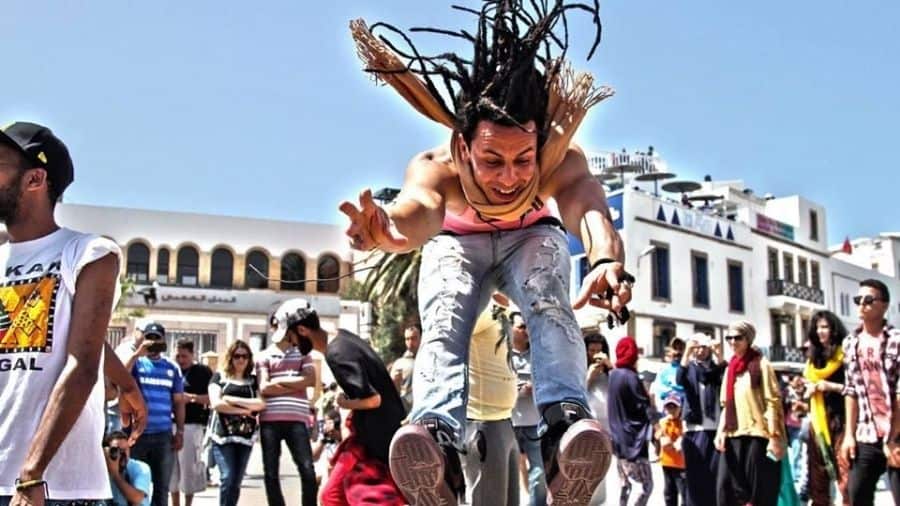 Gnaoua World Music Festival is a great festival that focuses on Morocco’s multiculturalism. The festival happens in the beautiful seaside town of Essaouira every year.

The Most Popular Festivals of Nepal

The festival celebrates the people of the town and their ancestral contribution to the world. The day sees dance, musical shows, and open debates. About a million people attend the festival to watch the activities.

The festival is almost 30 years old. It welcomes everyone.  This festival promotes World peace after the Gulf war. The spiritual mission opens some magical venues to all the musicians from across the world.

It encourages free entry and you can see from Sufi dancers to Bolivian Amazon Baroque. Morocco’s cultural schedule really shines with this best-known festival. The week-long festival features free concerts and a film festival.

Popular Arts Festival – Hold the tradition and heritage of Morocco 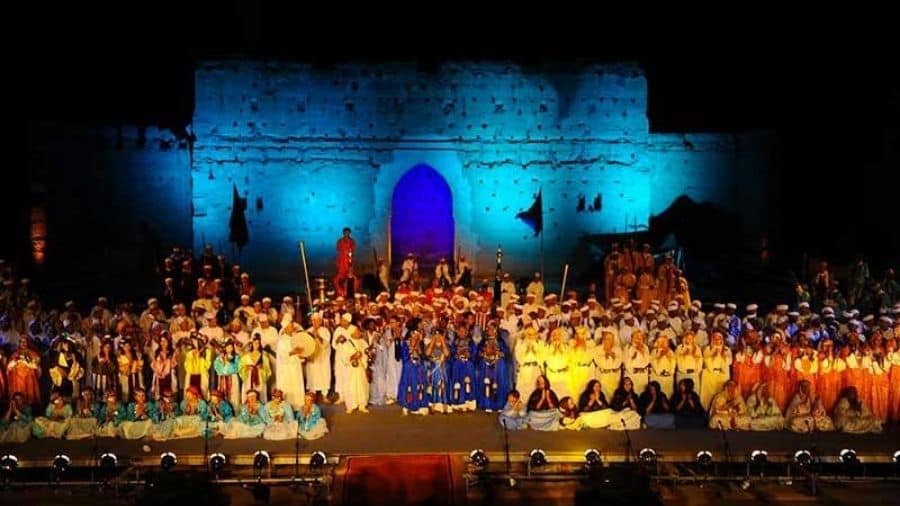 The Famous Arts Festival, which started in 1959 by King Mohamed V, is also an annual festival in Marrakech. It is usually held in either June or July. The King’s aim was to establish the traditions of Morocco and its cultural heritage alive. Now, singers and dancers from all around the world visit Marrakech during the festival days. 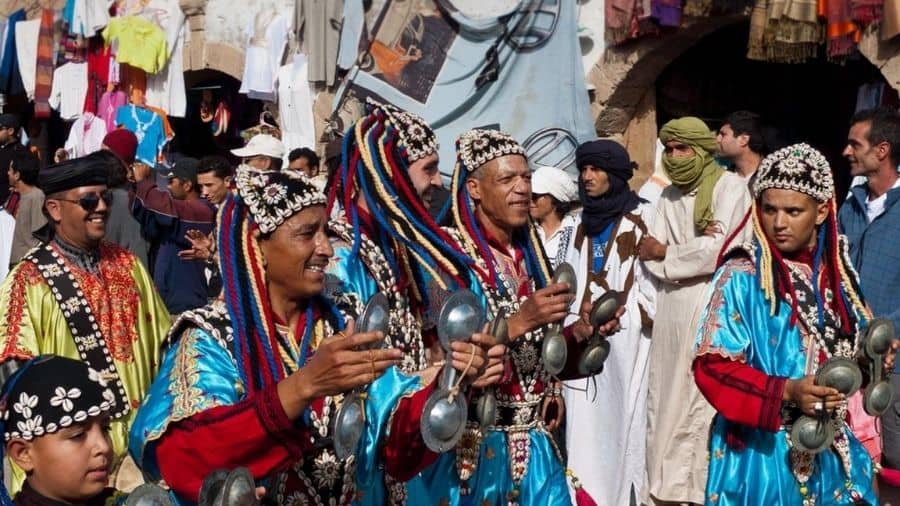 The International Cultural Festival which attracts thousands of visitors to the seaside town of Asilah. Here artists gather to display their work and create murals on the ancient walls of the medina.

However, the highlight of the show is a three-day horse festival that involves a traditional display of horsemanship. Alegria celebrates culture and diversity at this festival.

Since it is a public holiday, people assemble in the streets to celebrate it with fireworks and parades.

Timitar Music Festival – One of the Most Famous Festivals in Morocco 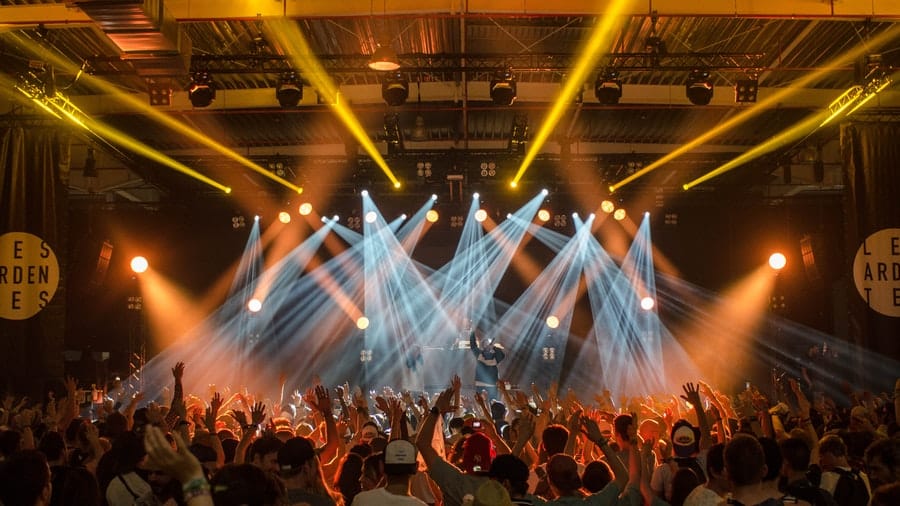 When summer overtakes Morocco, the coastal city becomes energetic with all sorts of diverse festivals. The Timitar Music Festival is one of the most famous in Morocco.

It is generally regarded as one of Africa’s biggest music festivals. It attracts more than 40 musicians from all over the world to celebrate Amazigh culture. 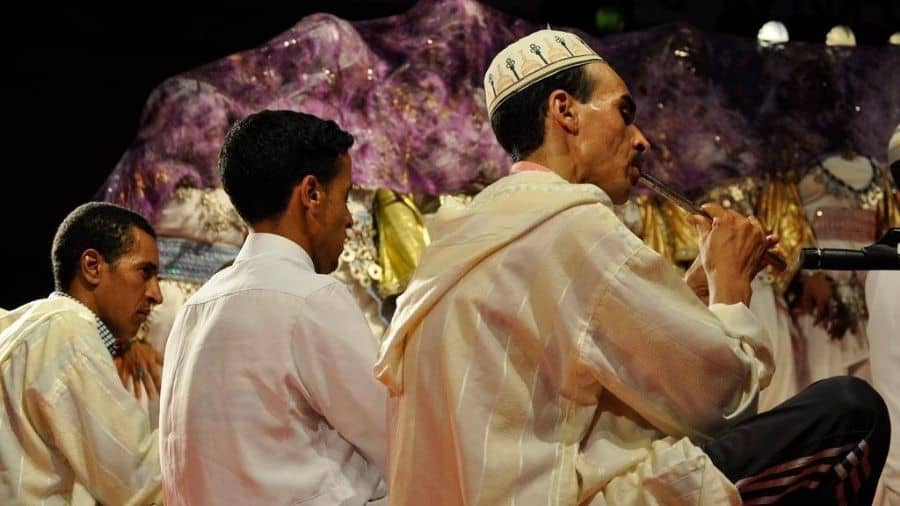 The festival honors and showcases the best of Moroccan culture. The Tafraoute Festival features local bands, musicians and artists from all over Morocco. 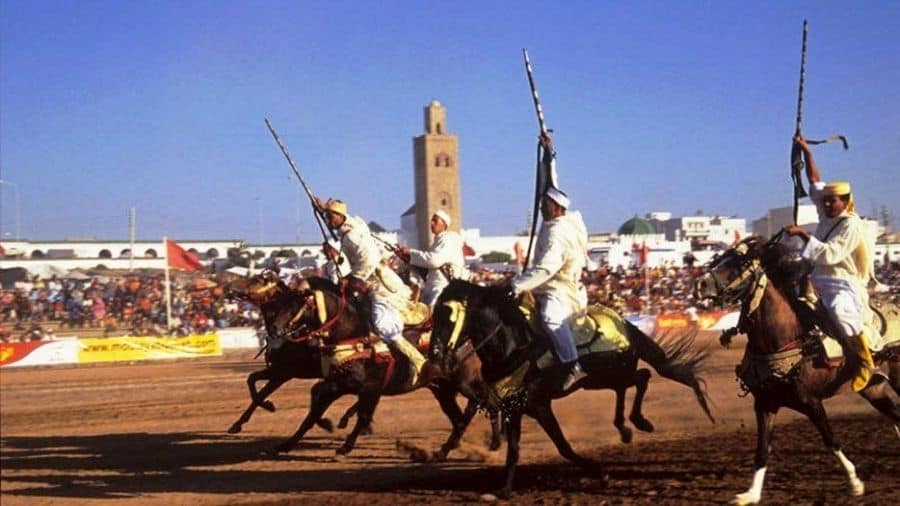 It attracts over 500,000 people. They can see all forms of Moroccan folk art including performances, traditional orchestras, songs and dances. 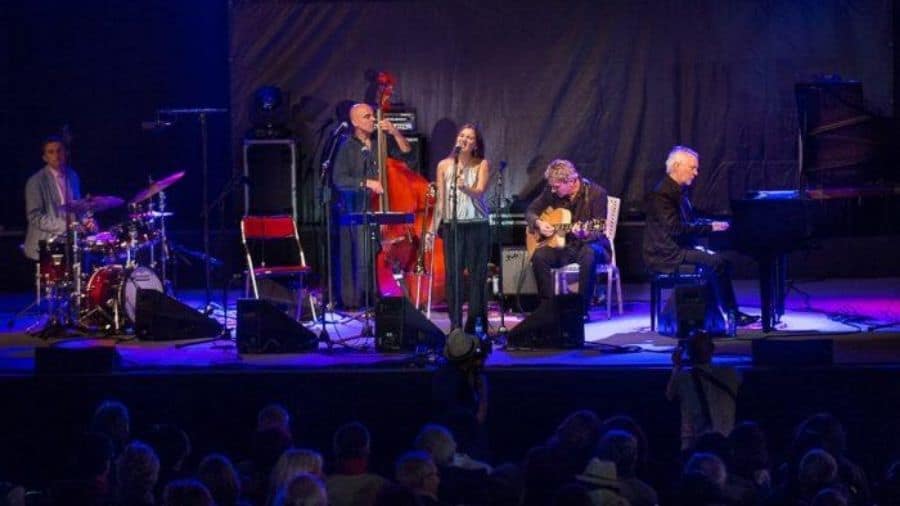 Here, both young musicians and household people come together for a three-day festival to light up the stages. Workshops for dancers and performers are often available at several locations in Tangier. The Tanjazz Festival in Morocco takes place annually. 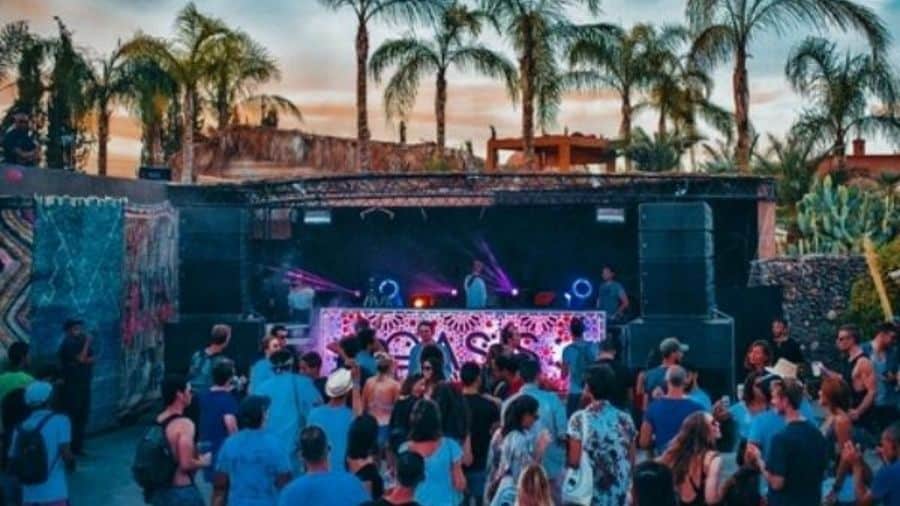 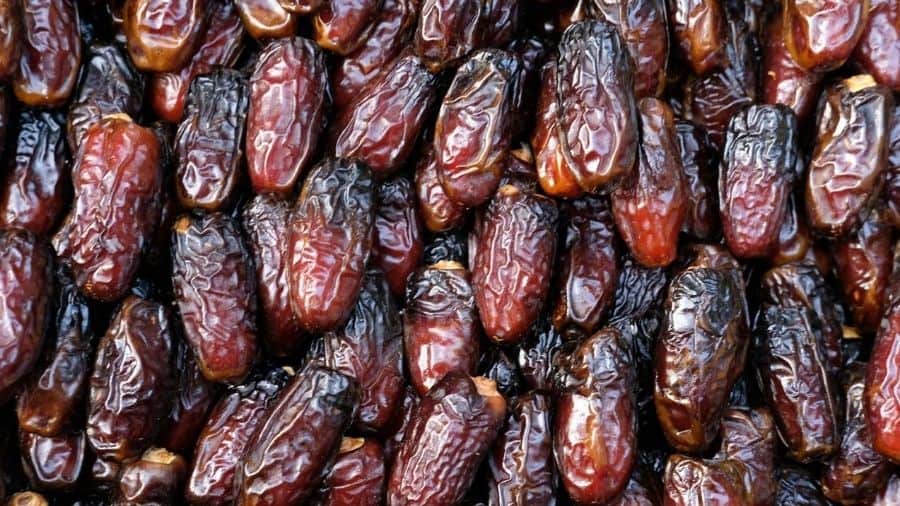 The festival tells you the important part of Dates in Moroccan food and culture. Dates are also an important ingredient in the making of local cuisine. The three-day festival takes place after the date harvest.

Tourists and local people join together to enjoy the harvest time. There will be parades, street shows, fashion shows, and camel races.

The Visa for Music 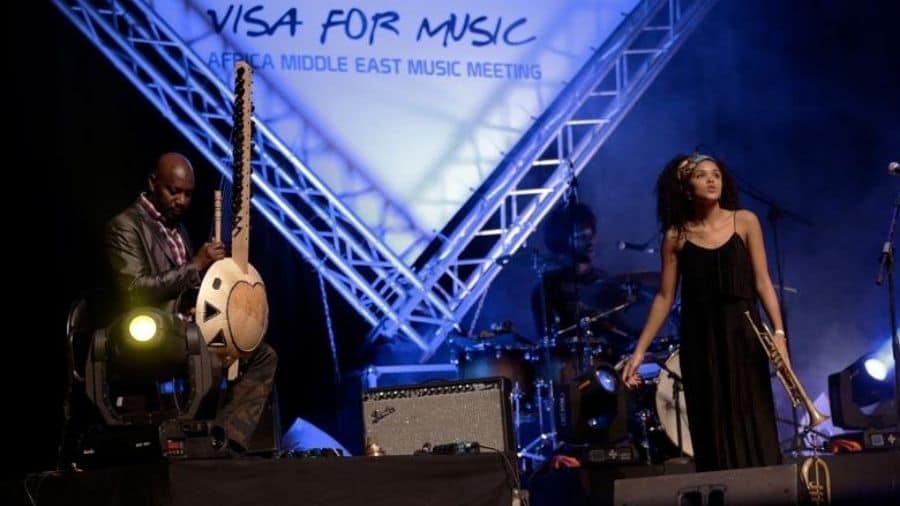 The Visa for Music festival celebrates African and Middle – Eastern origin. Above all, conferences and workshops are there to encourage the growth of Arts and Culture in Morocco. 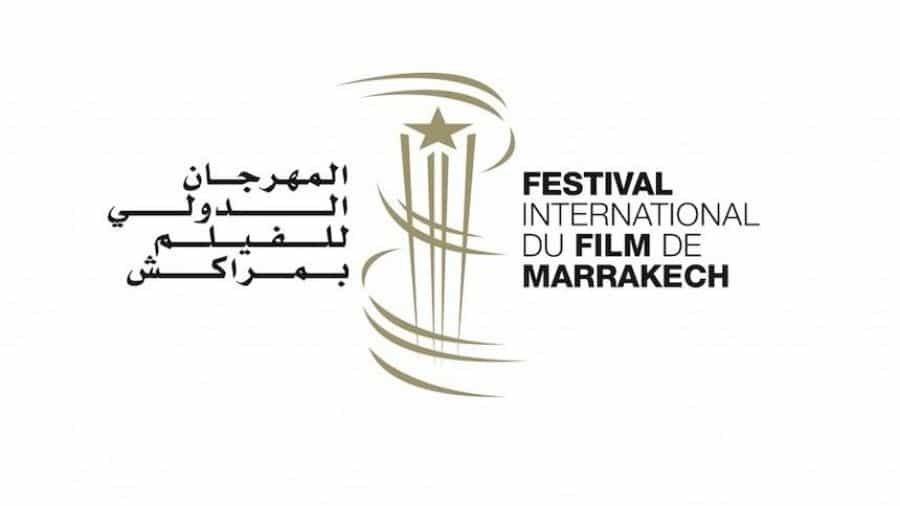 The aim of this festival in Moroccco is to bridge the gap between various cultures and continents. It targets to unite the North and South film worlds by supporting Moroccan films. This film festival in Morocco is to aid and develop the creative and cinematic industries in the country.

In 2001 King of Morocco, Mohammed VI created the International Film Festival in Marrakech. It is currently an annual event that takes place during December.

The Film Festival in Morocco has been a gathering point for national and international actors, directors, filmmakers, and producers.

But, today, it serves as an opportunity for Morocco to welcome great talent from around the world.

1.What is the culture of Morocco?

2.Do they celebrate Easter in Morocco?

Muslims don’t celebrate Easter but is celebrated in a lively fashion at the local Catholic Church in Gueliz.

3.What is the best time to visit Morocco?

The best time to visit Morocco is from mid-March to May or from September to October. The weather will be warm and also pleasant at that time.

4.What is unique about Moroccan culture?

Morocco is a home to many different people throughout the centuries.  It is also a Muslim country; with 99% of its population are Sunni Muslims. Moroccans are friendly and also tolerant people towards different cultures, ideas and ways of life as well.

5.Is Morocco cheap to travel to?

However, Morocco is still cheap for many things and it is a budget destination as well. Museums in Morocco are not expensive. Even a major tourist destination Marrakech has very reasonable entry fees.