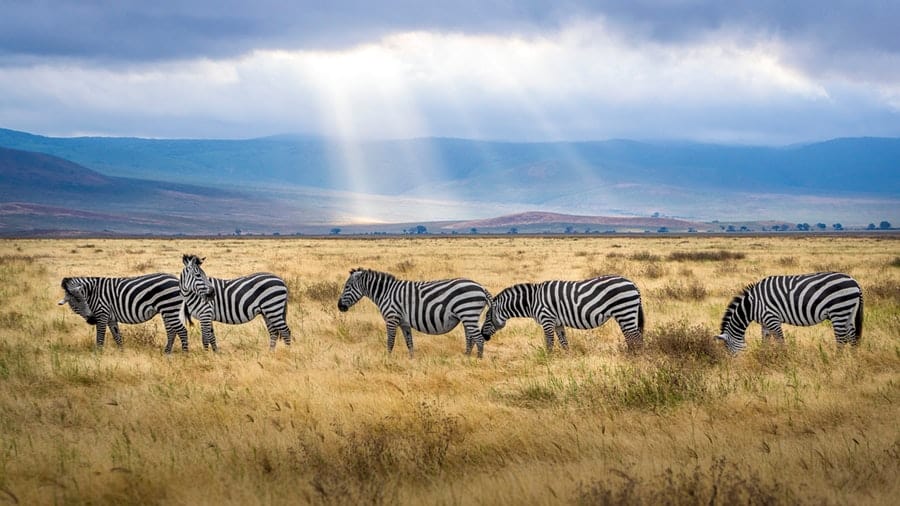 There’s nothing like an African safari’s exhilaration. It is the early morning quietness before the rising sun reaches its crest and sheds warmth across the horizon. It’s the sound of  wild creatures and the sense of peace that comes along with untamed wilderness.

Above all, it’s the suspense of the unexpected from the bush will bring new sights and experiences every day. Visitors can witness the most iconic Best Safari destinations in Africa.

What does an African safari offer to its visitors? 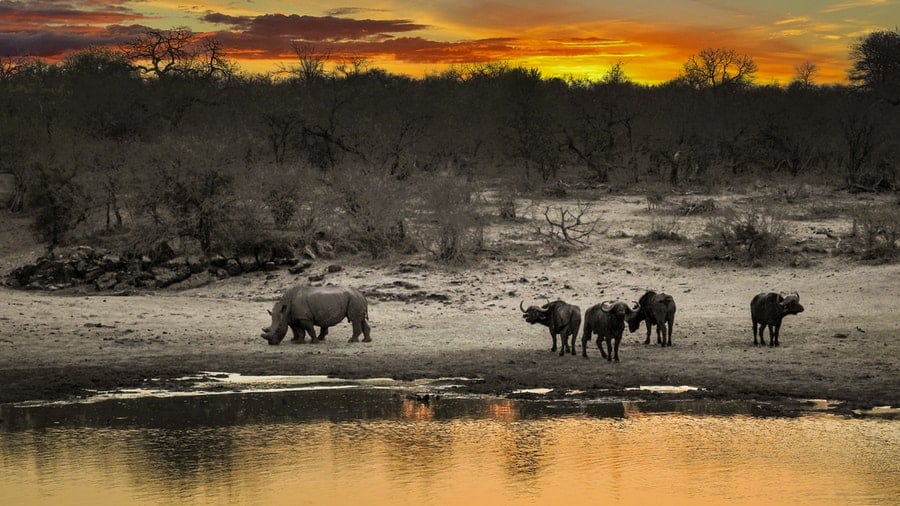 The Best Safari in Africa impress its visitors with the eye-catching parks and an array of wildlife enclosed within its boundaries. You can witness plenty of predators and the immigration of wild beasts. The sublime pools and untouched backwoods appeals to all. The canoeing is a popular way to see the animals. The splendid landscapes and great canoe safaris will add more thrill to viewing the inexhaustible wildlife. 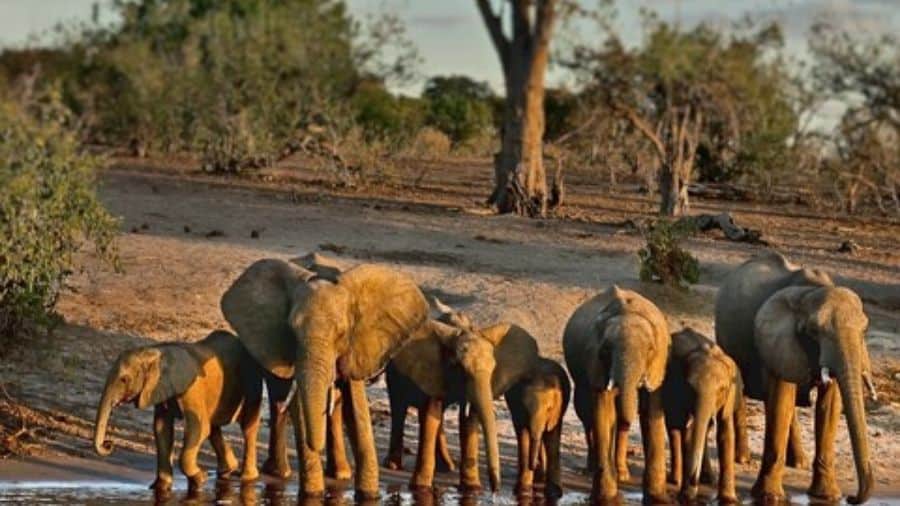 Chobe National Park is in the northwest corner of Botswana, adjacent to the Okavango Delta. This comprises four distinct habitats, allowing for a range of animal and birdlife. In particular, the Savuti Marsh Park offers one of the highest concentrations of wildlife in Africa throughout the year. Chobe is particularly famous for its elephants. It has an estimated 120,000 of the big gray animals living within the boundaries of the park. During the dry season, the elephants and other animals come together to the Chobe River. It is the best sight to see. The river also allows exclusive game-viewing and birding dependent on boats. 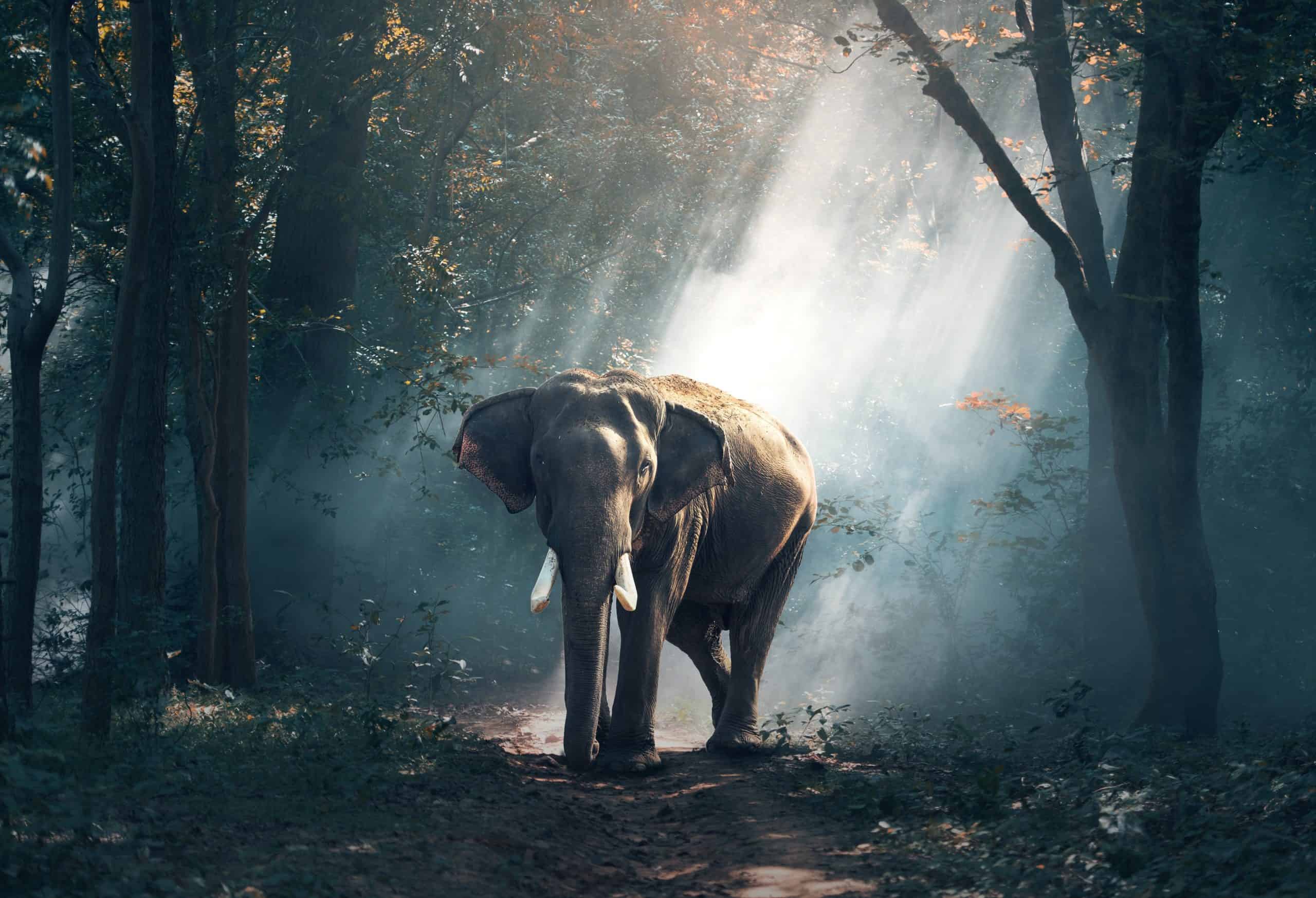 Maasai Mara National Reserve is Kenya’ s Best Safari destination in Africa.It is on the country’s extreme southwest border with Tanzania. It covers more than 580 square miles/1,500 square kilometers and it is home for its vibrant large population of big cats. The reserve is one of the best places to see lions in their natural surroundings. Visits to traditional Maasai villages and the annual Great Migration provide unique Maasai Mara experiences. Between July and October, about two million wildebeest, zebra and other antelope cross across the mighty Mara River from Tanzania to Kenya. 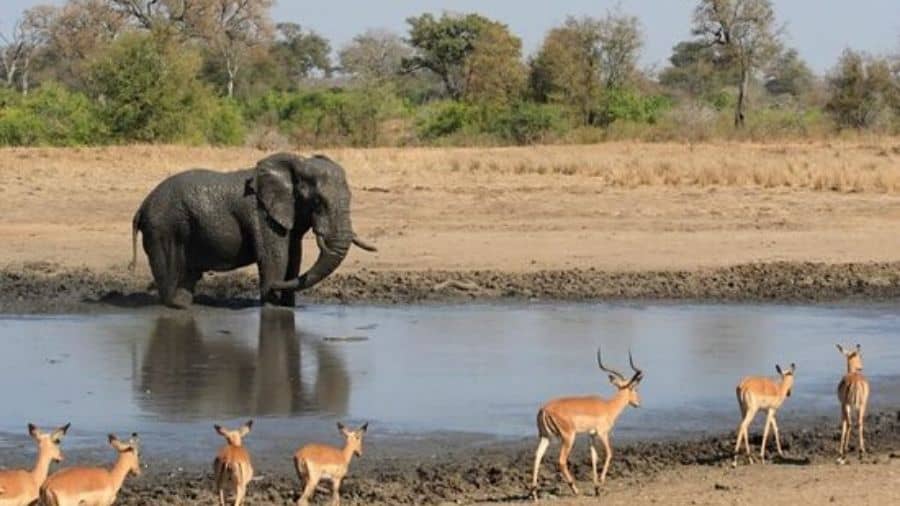 Kruger National Park is the most famous of the many game reserves in South Africa. The park is home to the vulnerable cheetah, the imperiled wild dog and several enigmatic species of a small cat. For first-time visitors to Africa, it is a good option with a wide range of accommodation choices ranging from simple campsites to luxury lodges. Kruger is also the ideal self-driving Best Safari destination with a well-maintained road system. Enthusiastic birders visit from October to March. The park is currently providing a temporary home for over 200 species of migrant birds. 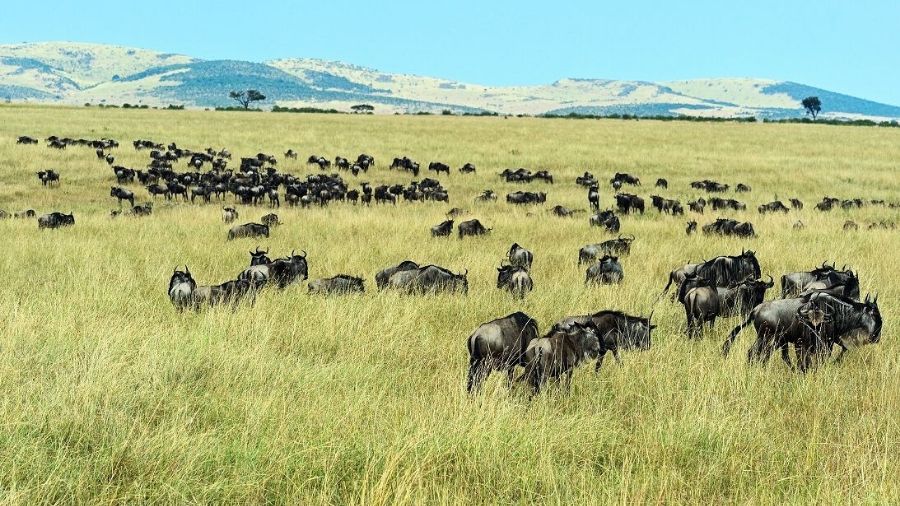 Serengeti National Park shares a border with the Maasai Mara National Reserve in Kenya. Its widespread grasslands provide Best Safari in Africa and classic vistas with lone acacia trees and zebra and antelope herds. These herbivores magnetize large numbers of predators and the open environment. It is one of the best places to see lions and cheetahs in action. The Serengeti is much bigger than the Maasai Mara and often feels less crowded as such. The Serengeti is the main stage of the dramatic Great Migration from November to June. Huge herds of zebra and wild beasts are gathering for grazing, mating, and giving birth at this time. 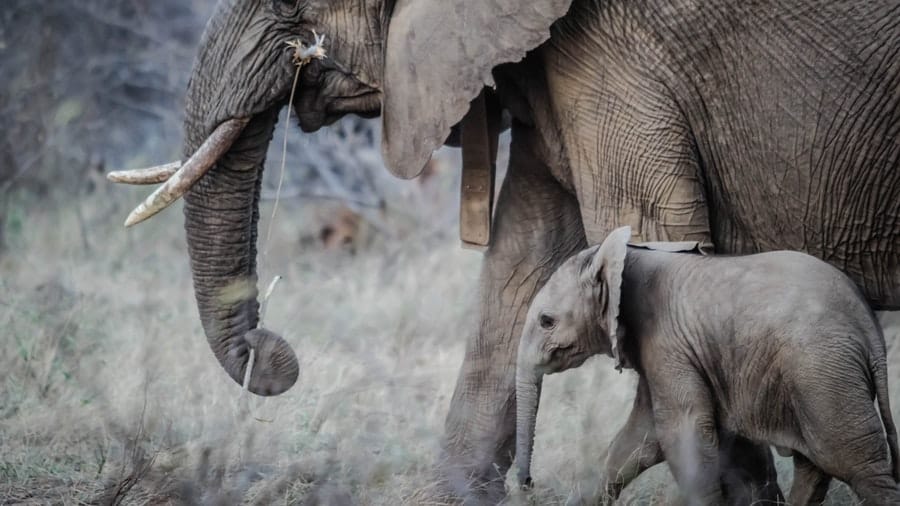 The Etosha National Park is in northern Namibia. A diverse collection of various habitats live around a salt pan. This self-driving park is generally arid, and many of the animals here approve desert life-including the antelopes of gemsbok and springbok. Elephants are common here, lion, hyena, and cheetah also dwell here. But you’re not going to find buffalo or hippo- because it’s just too dry. The main highlight of Etosha is its critically endangered black rhino population. Such amazing creatures live alongside with other nocturnal animals in the floodlit waterholes of the three main camps. Here you can find white rhinos also. 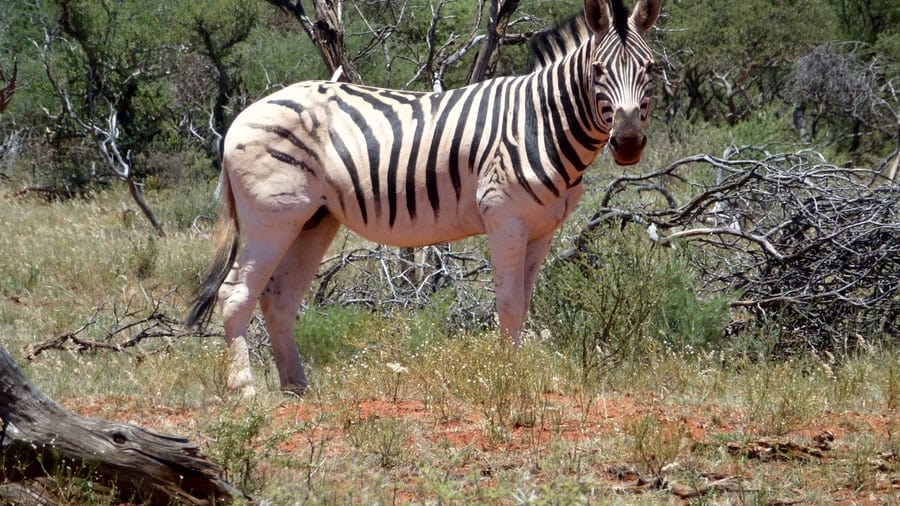 South Luangwa National Park in eastern Zambia is for amazing walking. Best Safari in Africa offers the opportunity to get up close to the wildlife of the park. It supports healthy antelope and elephant herds, along with several large lions. River-dwelling species like hippos and Nile crocodiles thrive here. And over 400 species of birds are also there in the area. South Luangwa is probably the best place to see wild leopards in Africa. The optimum time to visit depends on your priorities; birding is best in the rainy season but in the dry winter months, game viewing is best. At this time, in search of water, animals assemble on the banks of the Luangwa River. 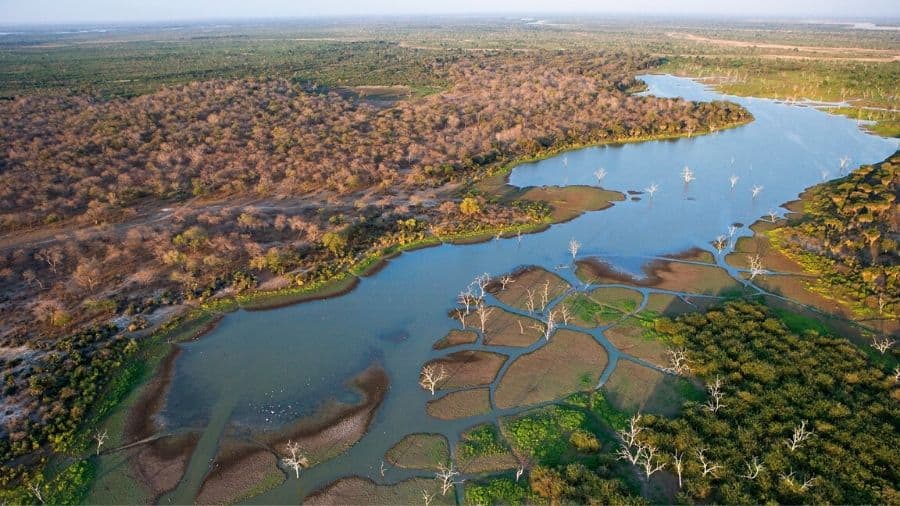 The Okavango Delta is a unique system of inland water where the Okavango River flows into the Kalahari Desert Basin. It supports an amazing variety of wildlife and swells and shrinks according to the annual rains throughout the year. A traditional canoe or mokoro is the most fun way to explore, and the best time to visit is during the annual flood. Confusingly, it coincides with the dry season from May to September. The animals of the Delta are now restricted to the flood-created islands. So, now, it has become easier to spot them. Highlights include huge herds of antelope and elephants, hippos, crocodiles, tigers, and cheetah as well. Many of the birds are rampant here. 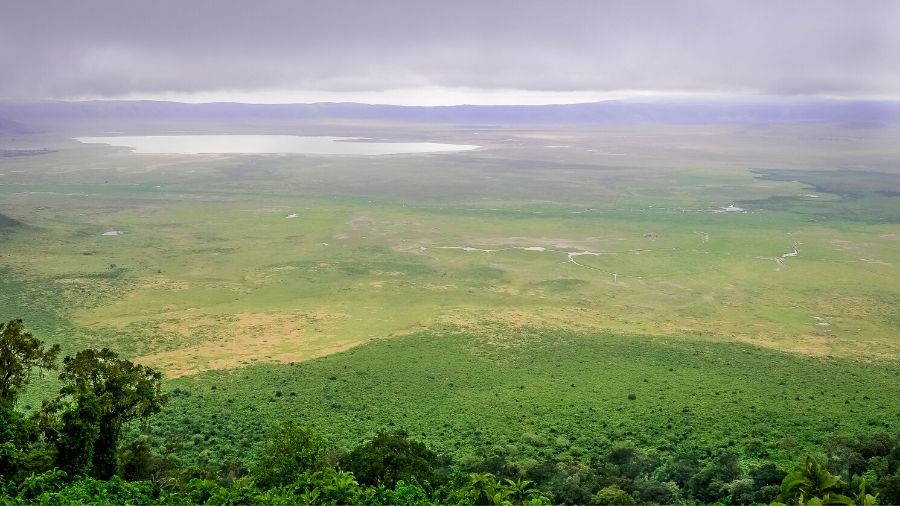 The largest unflooded and unbroken caldera in the world makes the Ngorongoro Conservation  exceptional. For countless wildlife species, this vast depression acts as a natural enclosure. Highlights range from a healthy black rhino population to some of the continent’s biggest tusker elephants. There are also huge flocks of rose-colored flamingos in the lake at the center of the crater, whereas Maasai tribes still live in the conservation area. The Olduvai Gorge has greatly contributed to our understanding of human evolution, is another unmissable attraction. 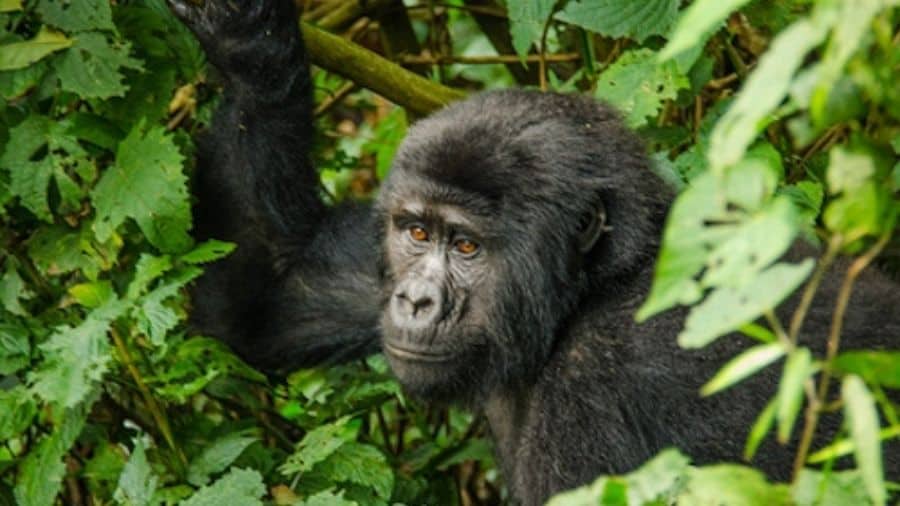 Bwindi Impenetrable National Park is located on the bottom of the historic Rift Valley in southwestern Uganda. This dense rainforest is home to almost half of the world’s mountain Gorillas population. They have become a critically endangered subspecies with just over 1,000 left in the wild. You can track the normal Gorilla groups in the park on foot here. This allows you to come face-to-face with these great apes. Gorilla trekking permits are required and must be reserved well in advance. Chimpanzees, baboons and other mammals, including elephants and antelopes, are also there in the forest. With more than 20 endemic species, its bird life is similarly diverse. 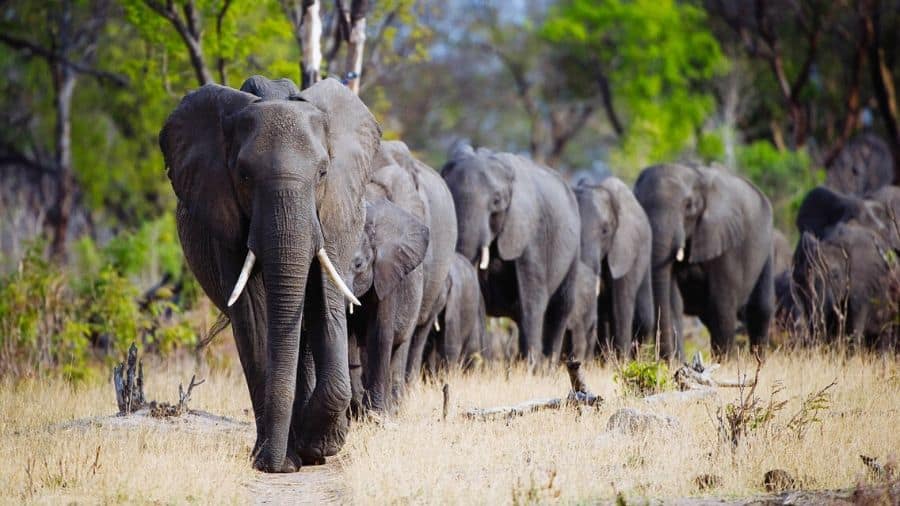 Zimbabwe’s Hwange National Park occupies in the west of the country some 5,655 square miles/14,650 square kilometers of property. It may be the least crowded of the large safari destinations in Southern Africa. Therefore, it allows for an improved sense of adventure and exploration. The elephant population of Hwange, like its large herds of buffalo, is legendary as well. Here, too, lions are often seen. Above all, due to the presence of several established packs, the park is one of the best places in the world to see the elusive African wild dog. Hwange’s private game lodges offer a variety of options. It is one of the Best Safaris in Africa, because ,it includes walking safaris, horseback safaris, and night safaris.

1.When is the best time to go on safari?

If it’s just a big game you’re after, pick the dry season, during this time animals come out  to drink water and vegetation improves visibility. During rains, the forest is bursting into the grass, the herds are dispersing and some areas are unapproachable. But the rainy season too fetches baby mammals, better birdlife, elegant skies and fewer tourists.

2.What should a traveler bring with him on safari?

Lightweight, breathable clothing with sleeves and pants can be taken to protect after dark from bugs, plus boots, a hat and something comfortable for evenings. If you’re tracking on foot, pick white or neutral colors.

You will need binoculars because views can be distant, and the birdlife of Africa will soon turn non-birders into ardent twitchers. Pack a flashlight as well to get around camp and spot wildlife after dark; replacement batteries as recharging is often impossible; and field guides for birds in particular.