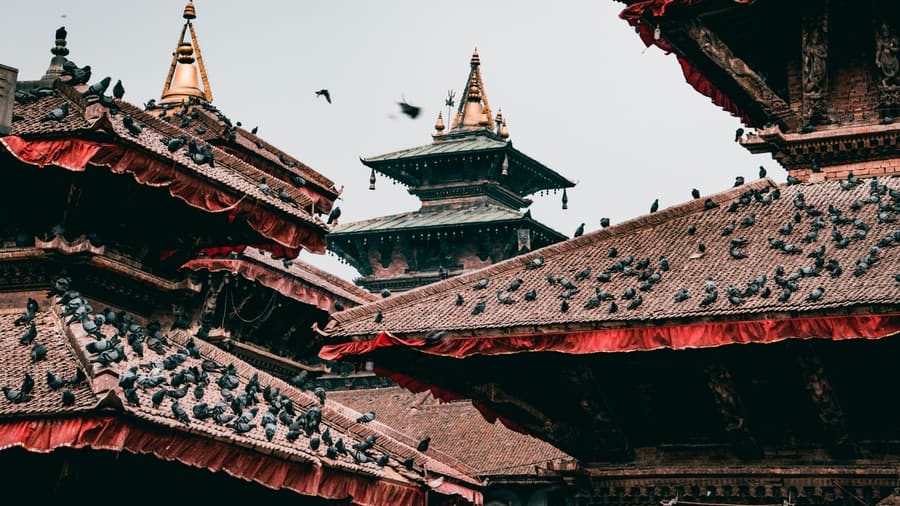 The most popular festivals of Nepal show off its multicultural nature. above all, it has varied climate, rich biodiversity, and also diverse cultures.

The society has its own specific cultures and traditions for centuries. Each one has its own collection of festivals and customs to celebrate.

Nepal – The Land of Festivals

Festivals of Nepal – Diverse in Nature

Nepal is not just about the majestic mountains, curvy roads and breathtaking grassy lands. But there are also some colorful and enjoyable festivals.

The country has people from various parts of India which makes Nepal’s festivals more diverse. If you want to witness its heritage and culture, then you’ll need to visit Nepal at one of those great festivals.

The Nepalese people are keeping their culture and traditions close to their hearts. The age-old religious traditions are still in practice along with the modernity.

If you would like to know the place you’re visiting closely, then festivals are the best chance you’ve got. You can enjoy both your holidays and festivals in Nepal, and come back with a fine experience.

The following are the popular festivals of Nepal. 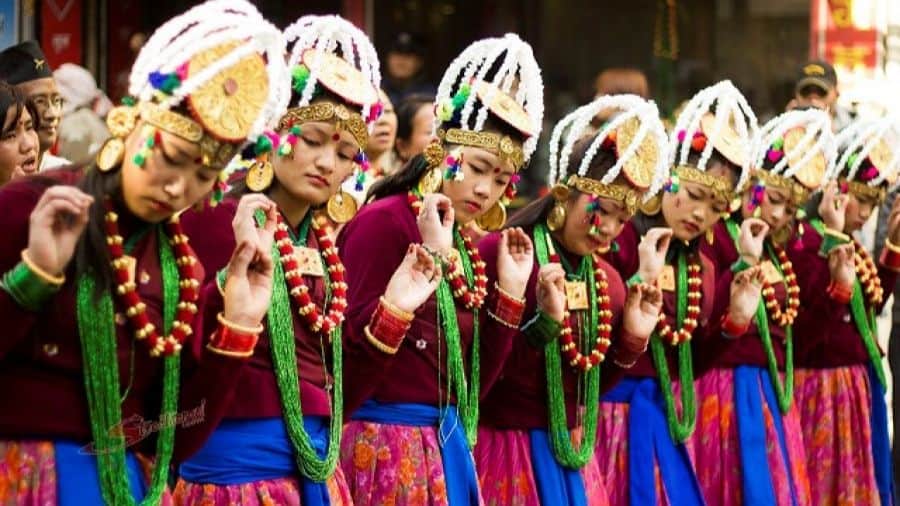 Nepalese ethnic groups namely the Gurung, Tamang, and Sherpa, celebrate Lhosar. Lhosar is the first day of the New Year and every culture will observe the festival.

Young and old wear traditional clothes, and celebrations are conducted in cities and in more remote regions.

How Do They Celebrate Lhosar? 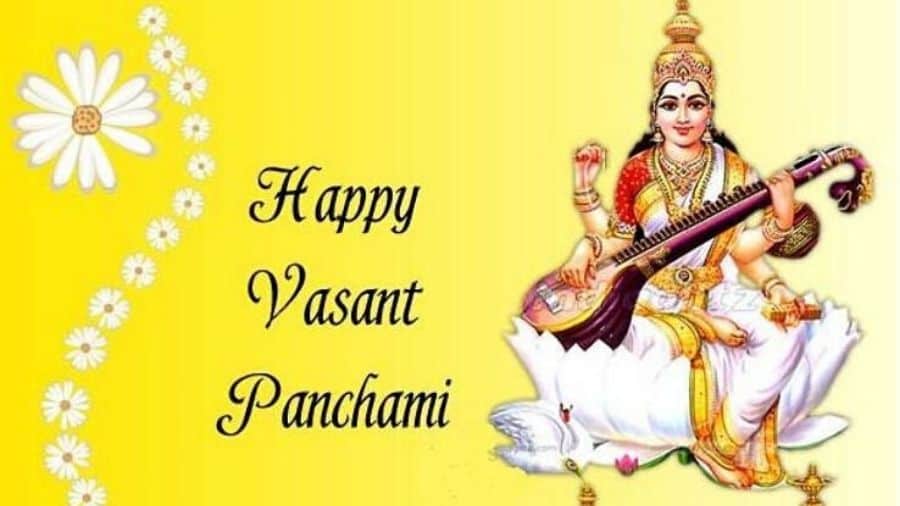 Worshippers worship goddess Saraswati, the goddess of wisdom and the craft, arts, and music maker. Even Basanta Panchami marks the end of winter and the start of spring. 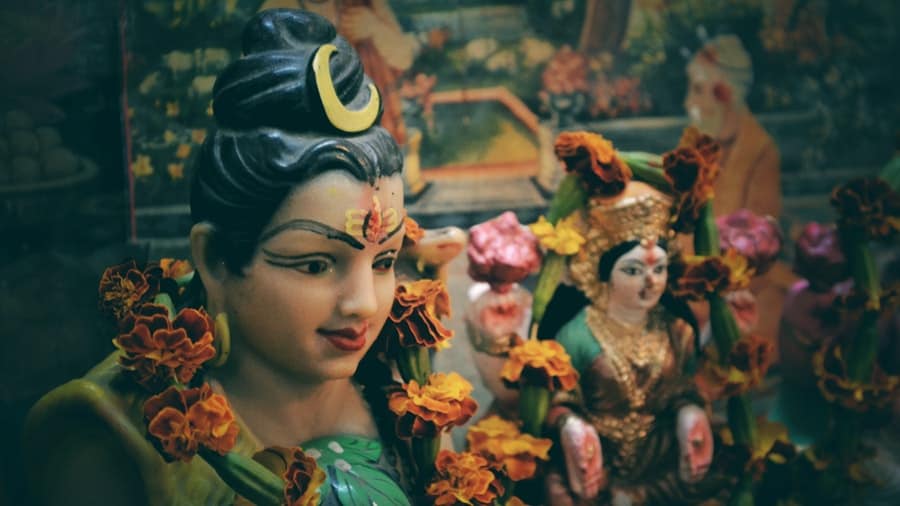 During ‘Maha Shivaratri ‘, Hindus take a bath early in the morning and fast on that day. Then they visit the temples of Shiva.

People often drink Bhang. It is a drink that has a combination of ground nuts, spices, herbs, and hemp extracts.

Special features of This Festival

Holi – A Vibrant Festival of Nepal 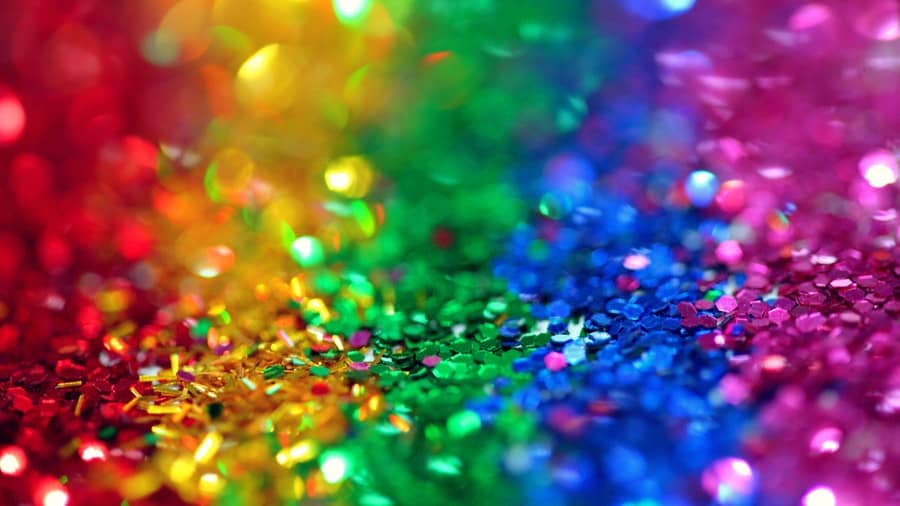 Holi is a celebration that is very vibrant and pleasant. People in Trerai celebrate on one particular day, and on the next day at Kathmandu and the hill regions.

People rub colored powders and throw colored water and water balloons on their families and acquaintances.

On this day, it is desirable not to carry any valuable items out with you. 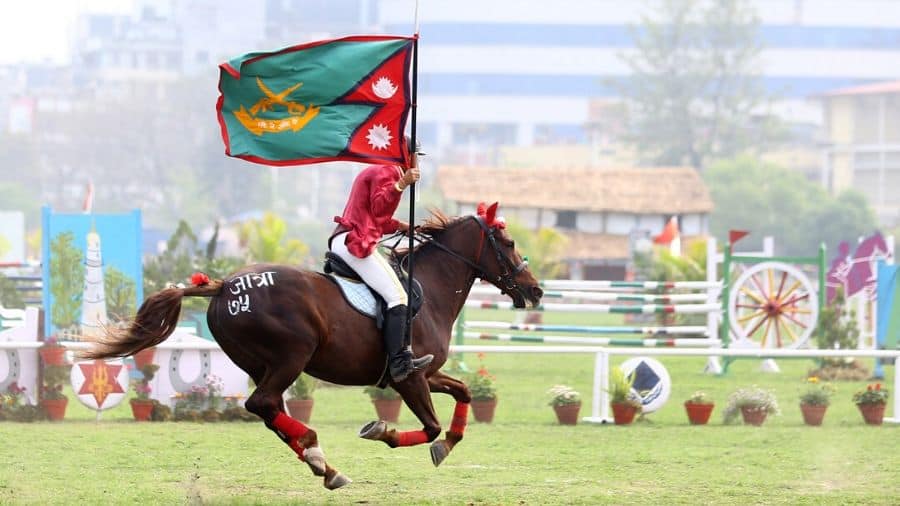 In the Kathmandu Valley, Ghode Jatra is symbolic and it is for warding off evil Gurumapa. People still believe that the demon’s soul lives underground at Tundikhel.

To stop him from getting up again, the Nepal Army is holding a horse race on this day. 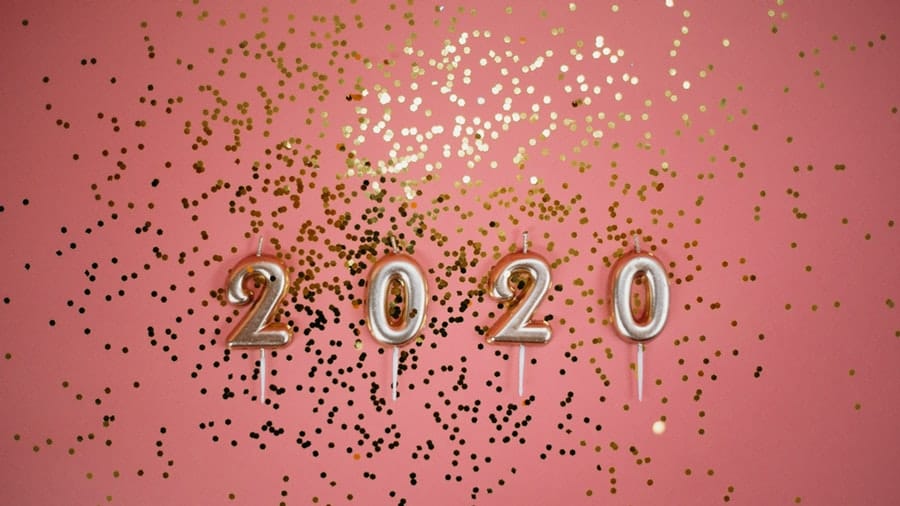 This is a huge holiday in Nepal. Bhaktapur, where the Bisket Jatra takes place. The festival is especially dynamic to spend the day. A big cart bears the god Bhairab.

The cart starts its procession down streets. As a result, the festival ends with a chariot battle at Khalna Tole in Bhaktapur.

How Is the Festival of Nepal Performed? 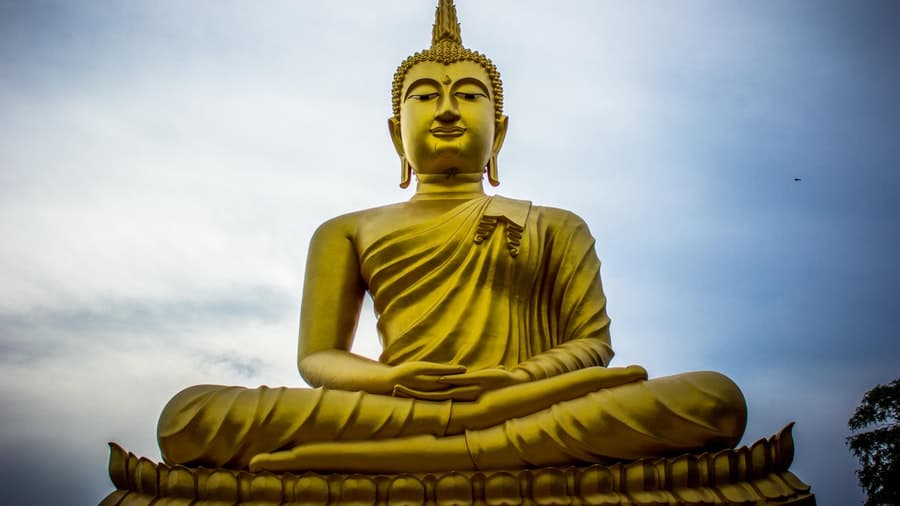 So, the festival is for both Hindus and Buddhists. People perform it in Nepal at Buddhist shrines and monasteries.

But a grand ceremony is conducted at the Lumbini,the  birthplace of Buddha.  Kathmandu is an exceptionally good place to enjoy the festivities. 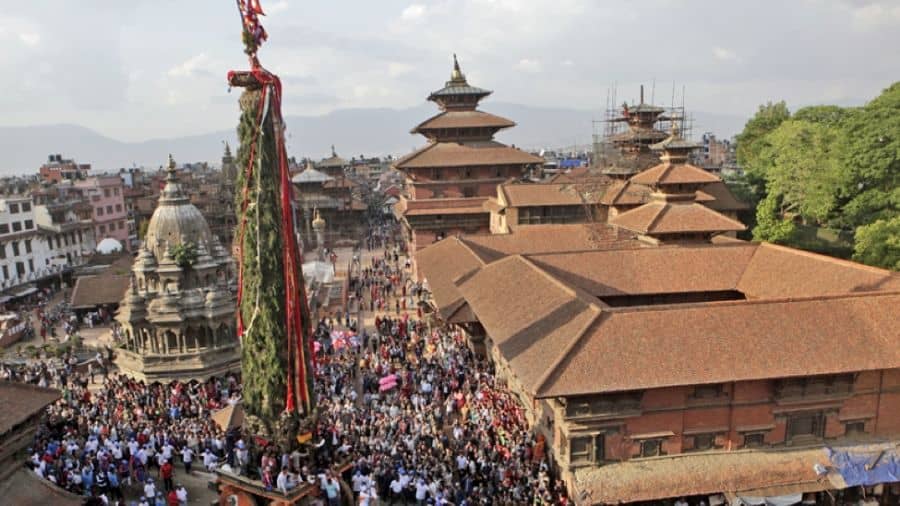 Held in Patan,it is the oldest and biggest festival in Nepal. People spend several weeks to design a huge chariot and eventually the deity Machchhendranath will be put inside.

Three days later, the chariot starts its procession toward Bungamati. Machchhendranath is the rain deity of Newar, and it is a festival of monsoon season. 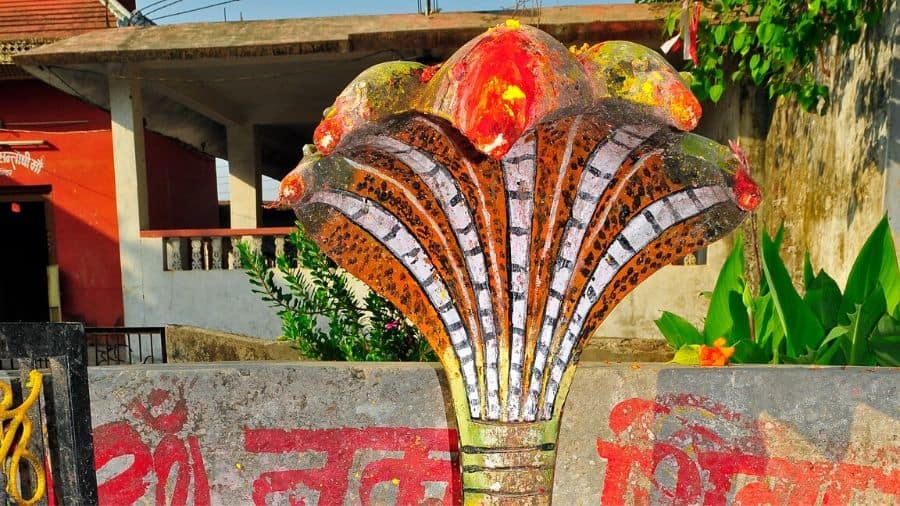 Naag Panchami falls halfway through the monsoon. It is a Hindu festival that worships Naag, the serpent god.

People worship Naag’s pictures  in doorways, and they offer milk.

People believe that worshipping Naag will guard them from snake bites. This festival shows respect for serpents as guardians of nature and ensures frequent rainfall in the Kathmandu Valley. 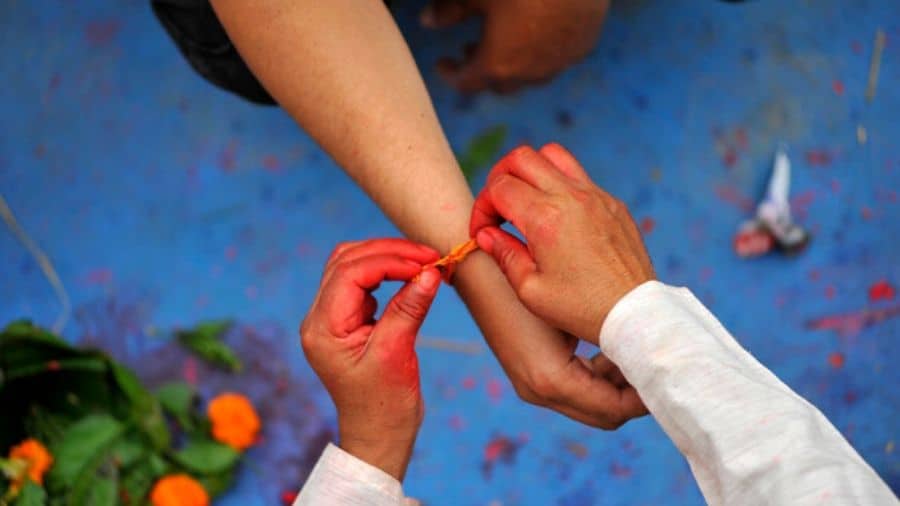 Janai Purnima is a holy thread festival. On this day, Hindu people are performing their annual Janai change.

People celebrate this festival by placing a sacred thread around their wrist. Gosaikunda, the high-altitude holy pool, bears witness to this day’s joyous celebration.

Gai Jatra – The Festival of Cows 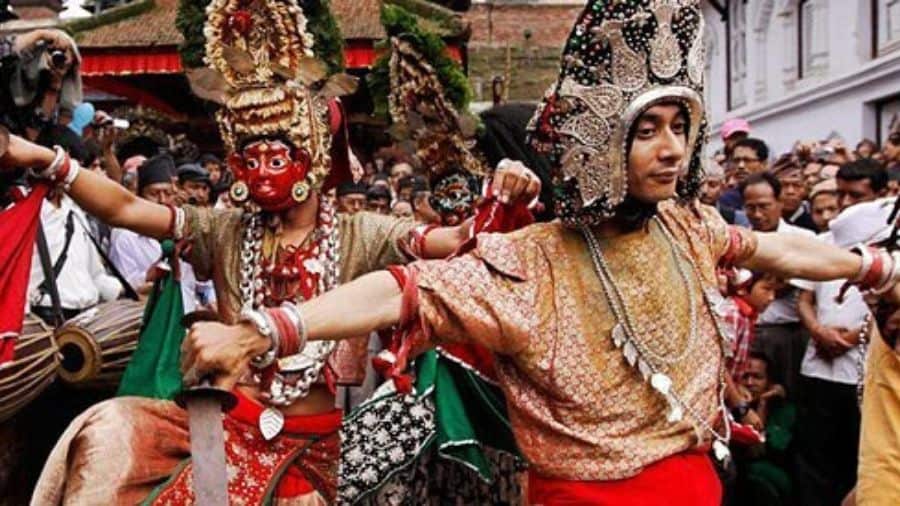 The name of the festival is Gai Jatra (the festival of cows), and it is now a combination of three rituals .The first and the earliest practices include worship of Yamaraj, the ancient god of death.

The festival thus profoundly represents the recognition and celebration of death, as a part of life.Any family that has lost a member in the previous year would lead through the city in a finely decorated calf. 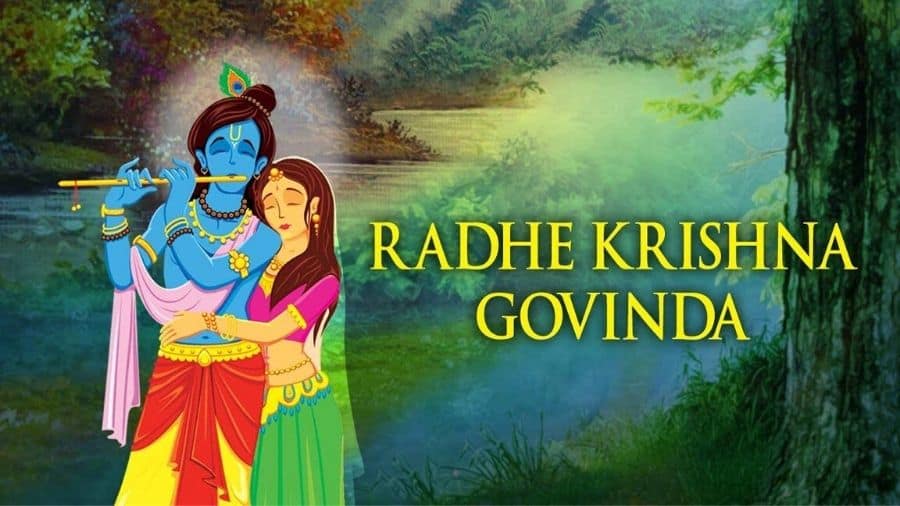 Krishna Janmashtami commemorates Krishna’s birth who is the lead character in the Hindu epic, the Mahabharat. On this day Hindu devotees visit the temples of Krishna. 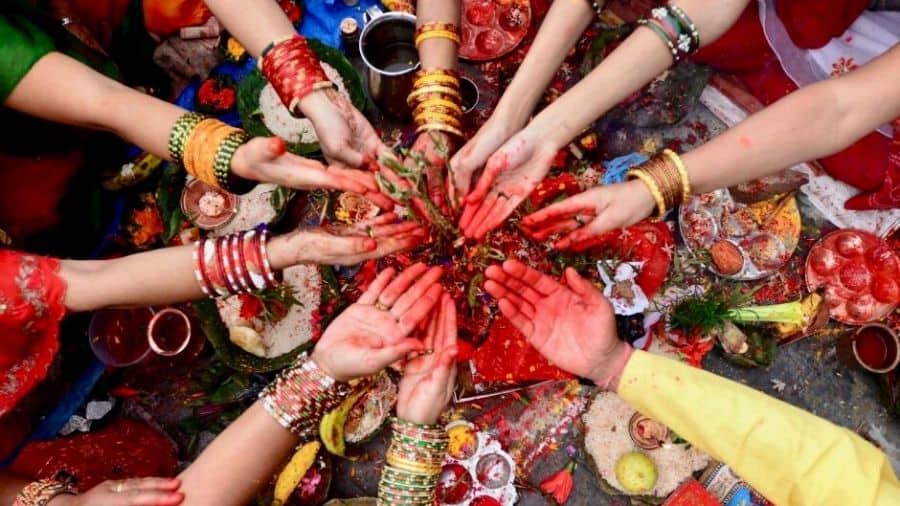 They celebrate Rishi Panchmi immediately. So they pay homage to the Saints on this day. People believe that their sins will be forgiven during their menstrual cycle. 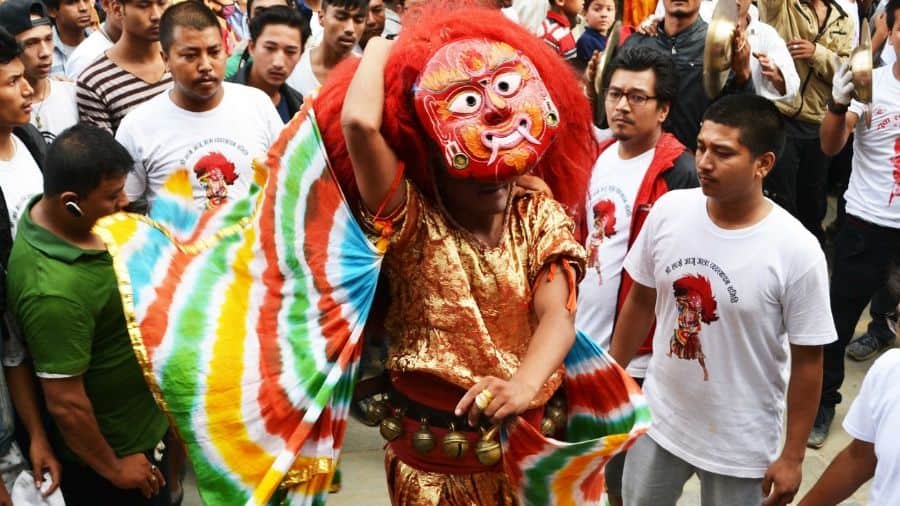 Indra Jatra is one of Nepal’s most sought after festivals. The festival’s nature lies in its hope for a good harvest.

Teej –  The most important festival of Nepal. 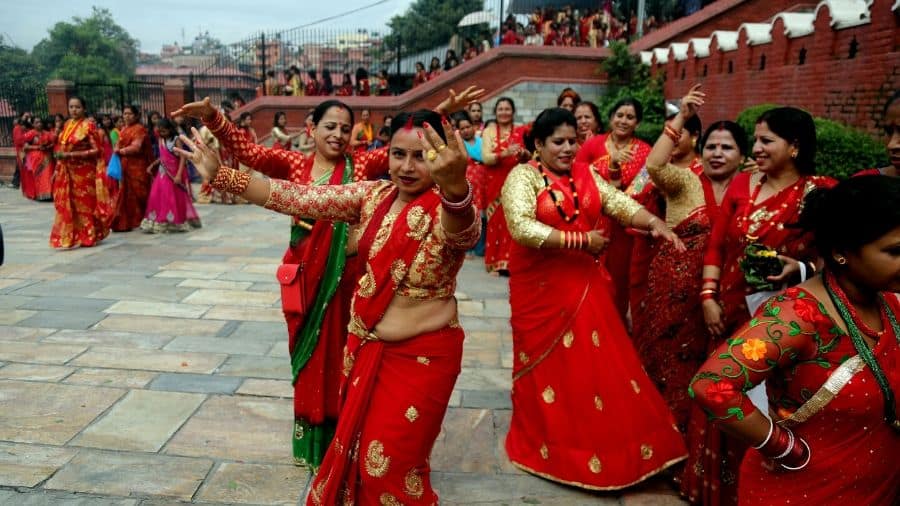 Teej is a Hindu festival, performed in September / October by women. Three days are observed for the festival. On the festival’s first day, married women fast for their husband’s life and wealth.

And unmarried women fast to get a good husband. The other two days are accompanied by annual Puja to bring happiness.

The Rites Performed by Women During the Festival

Dashain – The Most Significant Festival of Nepal 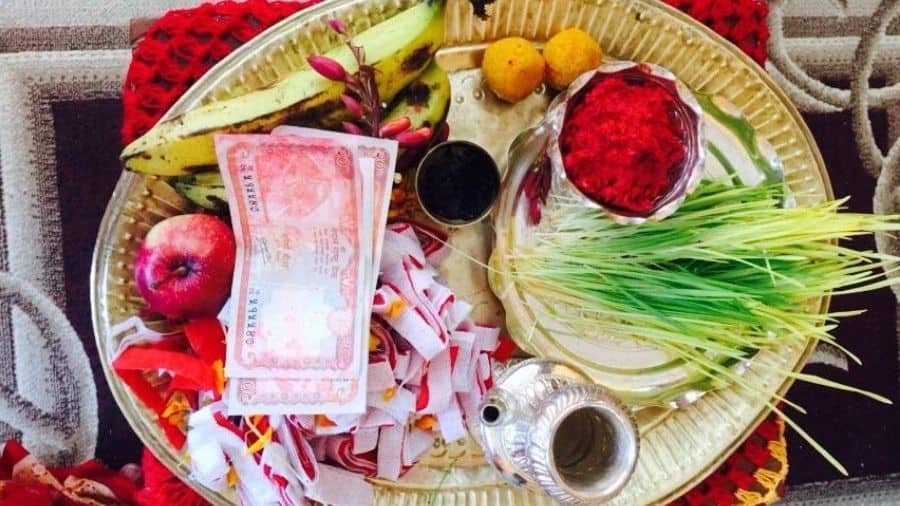 Dashain is Nepalis’s most significant celebration. It is a festival of goodness that prevails above the darkness. Most families provide goddess Durga. They offer the goddess with male goats, ducks, chickens, eggs, and coconuts.

People enjoy the 15-day festival with their family members. Big swings are set up for babies. And family members collect Tika from their elders on their foreheads. 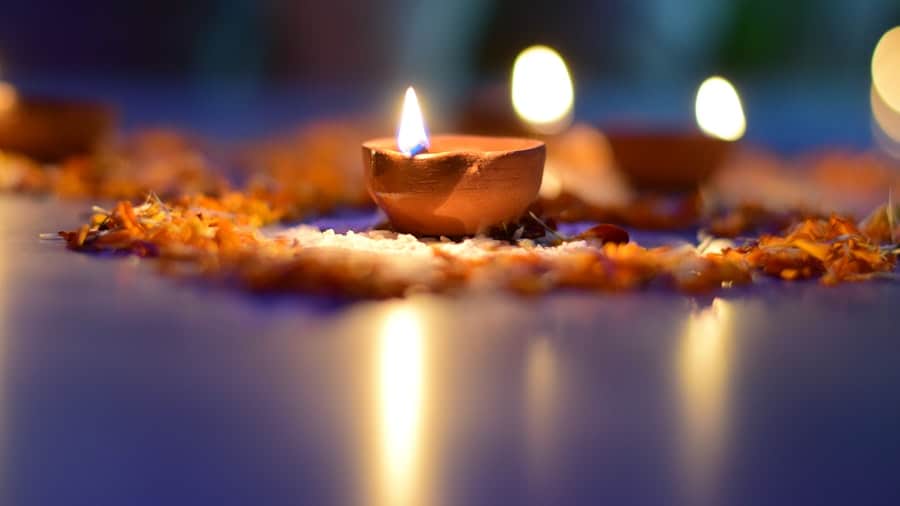 Tihar is the second-largest festival in Nepal, following Dashain. The people worship a separate deity in each of the three days: on the first day the crow, the carrier of Yama (the bringer of death); on the second, puppies, who are the custodian of Yama; and on the last, the goddess Lakshmi is worshipped. They devote the Goddess with the oil lamps, candles and bright decorations.

Chhath – The Most Popular Festival of Nepal 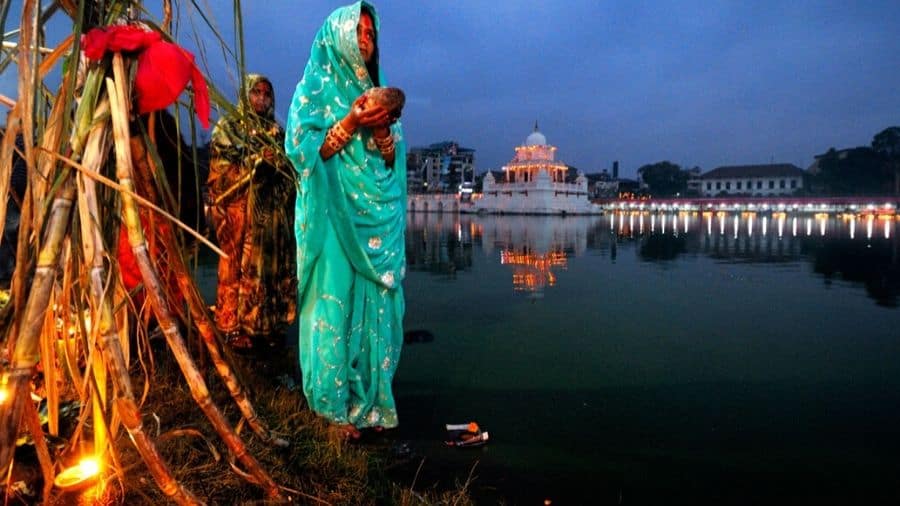 Chhath is the most popular event in the Terai region, which falls after Tihar on the seventh day. Devotees fast and gather at river banks to make offerings to the Lord. The Terai region is the perfect place to watch this festival or Kathmandu Central. 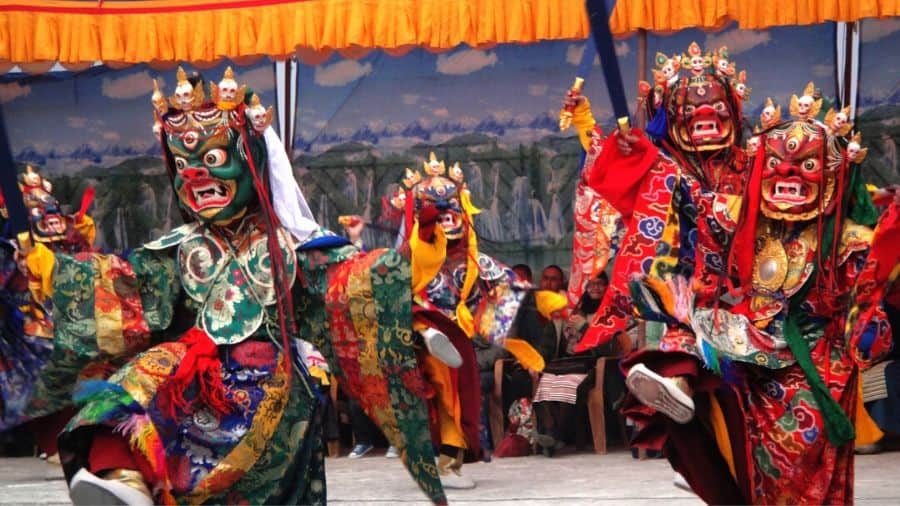 Mani Rimdu has three components to it. First, the festival’s blessing of red pills, and then they’re given to those participating.Third, the formation of a colorful sand mandala diagram carried from nearby hills; the diagram is the center point of the festival’s next 10 days. At the end ,the diagram is removed with the monks. They hold a ceremony of fire to expel the damage from the earth. Finally, Rimdu includes a masked dance too. 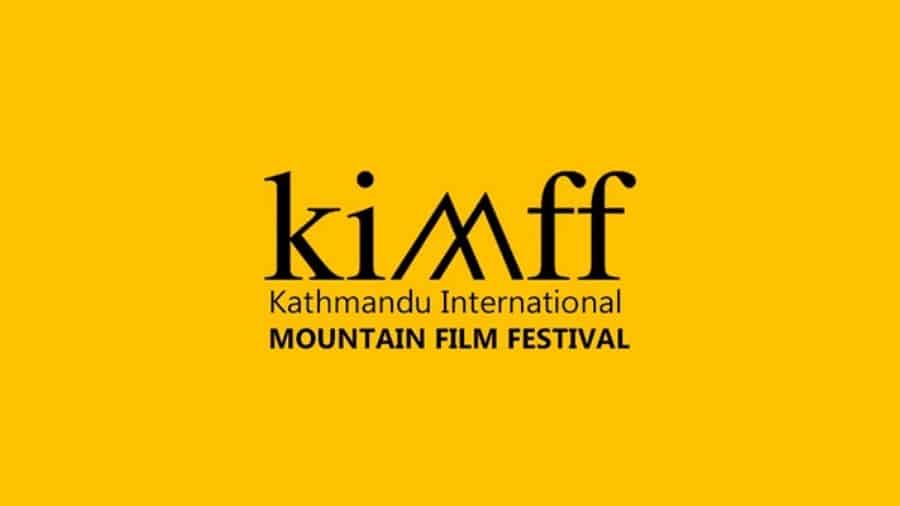 Kathmandu International Mountain Film Festival is an annual film festival. It  has been running from 2000 and takes place in December in Kathmandu. It exhibits Nepali and international filmmakers. Their  work focuses on the mountain communities ‘ environmental or cultural aspects. It lasts for several days, so don’t skip out on watching a movie or two at KIMFF.

1.How many festivals are there in Nepal?

Each year over 50 festivals are performed in Nepal. The national festivals have fixed dates. But astrologers arranged religious festivals according to the lunar calendar.

2.What is the main festival of Limbu?

Chasok Tangnam is the most significant festival among the Limbu people. This festival occurs on a Senchengla month full moon day or the Nepali calendar Mangsir month.

3.What is Diwali called in Nepal?

The second most celebrated festival in Nepal after Dashain (Dussehra) moreover , Diwali in Nepal is better known as Tihar.

4.Why Teej fast is kept?

5.Why do we celebrate Chhath Puja?

The Chhath Puja is devoted to the Sun and Shashthi Devi (Chhathi Maiya). To praise them for bestowing the bounties of life on earth and to recommend that certain wishes be fulfilled. The Nepalese and Indian people, along with their Diaspora, celebrate this event.